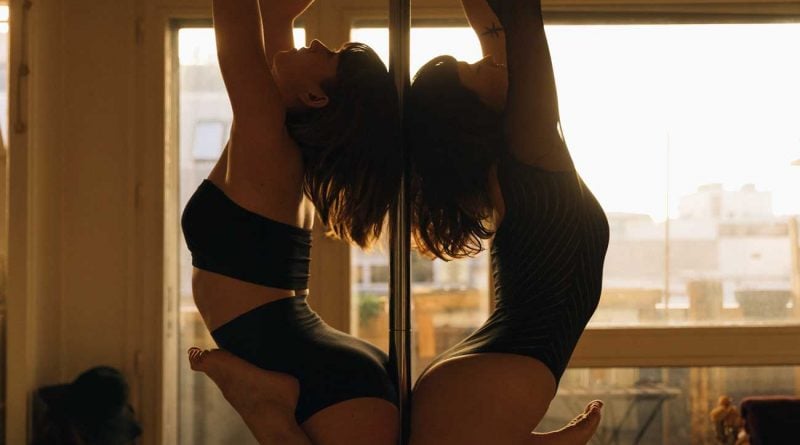 With time, there have been countless of Canadian celebrities who are enlivening our small and big screens. Some of them came to prominence due to the roles they portrayed while others swept off our feet with their chart hit songs that have deeply entrenched in our hearts.

A few others wowed us with their jaw-dropping struts on the runway and magazine cover shoots. Most of them are goddesses of their own, whose strength and brilliance in what they do empower women all over the world. With that said, we are counting down the top 50 hot female celebrities of the Great White North.

Carrie Ann-Moss received international popularity when she played Trinity in “The Matrix” film trilogy opposite Keanu Reeves. She also appeared in several movies, such as “Silent Hill: Revelation” and “Disturbia.” The 52-year-old goddess also captured the hearts of many when she acted with Johnny Depp in “Chocolat,” and she’ll be back in the “Matrix 4.”

Polly Shannon’s most notable role was when she played the role of Justin Trudeau’s mother, Margaret Sinclair, in “Trudeau.” She also appeared in “CSI: Miami – Double Jeopardy” episode, and at 46, she’s still one of the hottest actresses in town.

Sarah McLachlan is another 52-year-old hot Canadian celebrity who is still one of the most favorite soulful female singers in the world. She took our breath away with her timeless classic songs “Angel” and “I Will Remember You.”

Natasha Henstridge began her career in the modeling world when she was 15 years old. She drew Hollywood’s attention when she starred in her box-office debut film “Species.” The 45-year-old actress has appeared in many notable movies, such as “Maximum Risk,” “The Whole Nine Yards,” and “Bounce” with Ben Affleck and Gwyneth Paltrow.

Nelly Furtado has earned worldwide success with her debut songs, namely “I’m Like A Bird,” “Hey Man,” and “Turn Off The Light,” among others. The 41-year-old singer also showcased her prowess in acting when she starred in Mark Wahlberg’s lead starring-role film “Max Payne” in 2008. Furtado also appeared in “CSI: NY” and “Big Brother Brasil.”

Alanis Morisette is another world-renowned and most loved Canadian artist. The 45-year-old dance-pop-rock superstar became a worldwide sensation when she released her “Jagged Little Pill” album in 1995 that included full packed hit songs. Some of her all-time favorite classic songs include “Ironic,” “Hand In My Pocket,” and “Head Over Feet.”

Tricia Helfer became a model at 17 years old and is well-known for her roles in “Battlestar Galactica” and “Lucifer.” She also hosted the first cycle of “Canada’s Next Top Model” in 2006. Recently, the 45-year-old star co-starred alongside A-list Hollywood actresses, Charlize Theron, Margot Robbie, and Nicole Kidman in “Bombshell.”

Carly Rae Jepsen had us with her smash-hit song “Call Me Maybe.” The 34-year-old singer also captivated her fans with her rendition of “Part of the World,” Little Mermaid’s popular soundtrack. Her other hit songs include “I Really Like You” and “Too Much.”

Celine Dion is living her life at 51 years old. She’s a world-class superstar who brought us down to our knees and made our hearts bleed and smile with her timeless classic super hit songs “My Heart Will Go On,” “Because You Loved Me,” and “All By Myself,” among many others to mention. Today, the fashion world adores her with her gorgeous OOTD snaps.

Pamela Anderson is still turning heads at 52. The Baywatch bombshell, who first appeared on Playboy magazine, had men’s hearts throb with her seductive look and jaw-dropping hourglass body. Now, she’s empowering women around the world with her healthy lifestyle and social causes.

Malen Akerman is a Swedish-American actress who was born in Canada. She was the nice and sweet ex-girlfriend of Ryan Reynolds in “The Proposal.” She also starred with Katherine Heigl in “27 Dresses.” The 41-year-old actress also played the role of Laurie Jupiter in “Watchmen.”

Shalom Harlow is a stunning supermodel who gained immense popularity in the 90s and appeared in six Vogue covers. She also represented luxury names in fashion, aside from being an actress. At 46, Harlow appeared in several films and TV shows. She was in “Vanilla Sky,” “How to Lose a Guy in Days,” and “In & Out.”

Bree Williamson is a familiar face in Canada’s soap opera TV shows. She portrayed the role of Jessica Buchanan in the long-running “One Life to Live” that earned her a “Daytime Emmy” nomination. The 40-year-old actress also appeared in “Gossip Girl,” “General Hospital,” “Mutant X,” and “Haven.”

Miriam McDonald is another favorite face on TV. She played the main character in “Degrassi: The Next Generation” teen drama series. At 32, she’s wowing her friends with her gorgeous fit as she shares beautiful photos of her on Instagram.

Elisha Cuthbert is one of Canada’s favorite actresses. The 37-year-old actress appeared in several films and television series. Her films include “Love Actually,” “Old School,” “The Girl Next Door,” “The Quiet,” and “House of Wax.”

Shenae Grimes is the 30-year-old lovely actress who appeared in the spin-off show 90210.  She also portrayed the teenager Shania Twain in the biopic of the country superstar.

Serinda Swan is the gorgeous actress who played the role of Zatanna Zatara in the hit TV show “Smallville.” The 35-year-old actress also appeared in “Graceland” and “Chicago Fire.” She also portrayed the role of Aphrodite in “Percy Jackson & the Olympians: The Lightning Thief.”

Alessia Cara is among the most popular all-around young artists in the entertainment industry. Her music is a fan favorite, and thus, almost all of her songs are hitting the charts. The 23-year-old is behind the songs “Seventeen,” “Wild Things,” Stay,” and “Scars To Your Beautiful.”

Shaina Twain is one of the most loved and followed country superstars. She is behind the hit songs “You’re Still The One,” “From This Moment On,” “Forever and For Always,” and “You’ve Got A Way.” The 54-year-old goddess of beauty continues to turn heads wherever she goes.

Laura Vandervoort is a 35-year-old Canadian actress who appeared in many TV shows, such as “Goosebumps,” “Instant Star,” “Smallville,” “Bitten,” “Ice,” and “V.” She’s also part in several films, including “Into the Blue 2: The Reef,” “Jigsaw,” and “Ted.”

Taryn Davidson is a Canadian model whose gorgeous face and stance are capturing hearts online and in the fashion world. The 29-year-old pretty woman has graced several magazine covers and walked on the runway for famous designers.

Ana Golja is a 24-year-old actress and singer who became known for her role in teen drama TV series “Degrassi: Next Class.”

Charlotte Le Bon is a former model who is now active in acting. She played several roles in films and TV series. At 33, she appeared in around thirty films and four television shows. 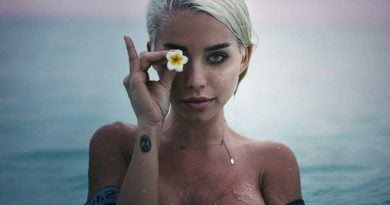 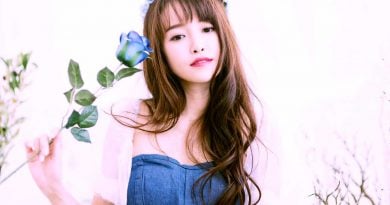 One thought on “50 Hottest Women Celebrities of Canada”