Let us continue the list of sexy women from Canada.

Coco Rocha is another popular name in the fashion industry. The 31-year-old digital supermodel is one of the owners of the “Nomad Management Modelling Agency.” She’s also the founder of “Coco Rocha Model Camp.”

Natalie Glebova won the hearts of the universe when she took home the “Miss Universe 2005” crown. She’s also a model, dancer, and TV host, and at 38 years old, she’s still turning heads.

Sarah Gadon played the leading lady role in “Dracula Untold” opposite Luke Evans. The 32-year-old actress is also a household name as she stars in many television shows.

Another Sarah beauty is also stealing people’s hearts. Sarah Mutch is a 35-year-old Canadian model who appeared in “Smallville” and “Supernatural.”

Daria Werbowy is a 36-year-old Ukrainian-Canadian model and representative of Lancôme. She won a modeling contest at the age of 14 years old.

Anna Pacquin started her career as a child actress. The 37-year-old actress became a worldwide favorite for her lead starring role in “True Blood.” She also played Rogue in “X-Men,” and starred in many movies.

Avril Lavigne is one of the famous artists in the world who started her career at the age of fifteen. The 35-year-old superstar is also dubbed as the “Pop Punk Queen.” Her super hit songs include “Complicated,” “Sk8er Boi,” and “My Happy Ending.”

Marie Avgeropoulos is popular for her role in “The 100” TV series. The 33-year-old actress also appeared in several films, which include “Percy Jackson & the Olympians: The Lightning Thief,” “Tracers,” and “50/50.”

Emily Bett Rickards is best known as Felicity Smoak in the hit TV series “Arrow.” The 28-year-old pretty actress also appeared in “The Flash,” “Supergirl,” and “Legends of Tomorrow.”

Emily VanCamp is another Canadian pretty actress who starred in major films and TV series. She starred in “Revenge,” “The Resident,” “Brothers & Sisters,” and “Everwood.” The 33-year-old actress also appeared in “Captain America” and “The Ring 2.”

Kristin Kreuk is the beautiful face in Hallmark’s Snow White version. At 37, she also played Chun-Li and appeared in the hit TV show “Beauty & the Beast.”

Colbie Smulders is one of the famous faces on TV and films. She is currently playing the main role in the television show “Stumptown,” “How I Met Your Mother,” and “Agents of S.H.I.E.L.D.” She also starred opposite Tom Cruise in “Jack Reacher: Never Go Back” and “Avengers” film series.

Rachel Blanchard’s most notable TV role is in Clueless as Cher Horowitz. At 44, she appeared in countless television series that include “7th Heaven” and “You Me Her.” She also starred in the films “Spread” and “Road Trip.”

Evangeline Lily is best known for her role as Hope van Dyne and “the Wasp” in the “Ant-Man” film series. The 40-year-old actress first appeared in “Smallville” and “Lost.” She was also part of the “Avengers Endgame” cast.

Alice Panikian is Canada’s 2006 Miss Universe Canada. The 34-year-old beauty queen is also a journalist, model, and TV host. Aside from being a Miss Universe candidate, Panikian also represented the country in other pageantries.

Erica Cerra’s career began when she was a child. She appeared in KidZone and several commercials. The 40-year-old actress also appeared in “The 100,” “Eureka,” and “Supernatural. Her movies include “Blade Trinity,” “Percy Jackson & The Olympians: The Lightning Thief,” “The Power Rangers,” and “The Intruder.”

Rachel McAdams became a notable name in the industry when she starred opposite Ryan Gosling in the super box-office hit film “The Notebook.” However, the 41-year-old actress already appeared in other blockbuster films, such as “Mean Girls” and “The Hot Chick.” She also starred in “Red Eye” and “Doctor Strange.”

Jessica Lowndes is a 31-year-old actress and singer who starred in “90210.” She’s making a buzz on social media with her oozing sex appeal, gorgeous face, and perfect figure.

Sarah Fisher began her career in the entertainment world as a singer before she became Becky Baker in the hit show “Degrassi.” She had her first recording at the age of twelve years old, and at 27 years old, she starred in many Lifetime movies.

Cristine Prosperi started in bit roles in several television shows until she took the role of Tiara in “Really Me.” At 26, she’s one of the most beautiful and followed on social media with her amazing posts. She also appeared in “Degrassi” and “The Wrong Neighbor.”

Emmanuel Chriqui is a bomb when it comes to her jaw-dropping look. Hence, the 44-year-old Canadian actress has become one of the most desirable women. She appeared in films, such as “Wrong Turn,” “You Don’t Mess with the Zohan,” “Taking Chances,” and “13” with Jason Statham.

Shay Mitchell received worldwide fame for playing the role of Emily Fields in the top-rating TV show “Pretty Little Liars.” The 32-year-old Canadian is getting so much attention these days with her heart-stopping pictures on Instagram.

Nina Dobrev is another fan favorite who also rose to stardom as a TV actress when she starred in the hit television series “The Vampire Diaries.” The 31-year-old pretty actress is continuously slaying her OOTD snaps on IG. That is why she’s one of the most followed Canadian stars on social media. 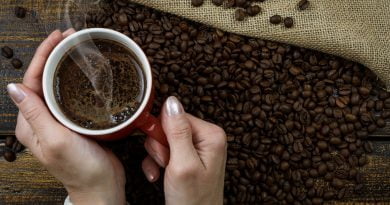 Benefits Of Coffee For The Hair