Diva is a popular term used in the entertainment industry. Generally, people used the word to describe a well-celebrated performer or singer. However, it also comes with a negative connotation. The word became a favorite adjective used by some critics in describing a woman who highly thinks of herself or has a self-important attitude.

Yet, surprisingly, diva roots back centuries ago. On the contrary, it’s an Italian noun that stands for a female deity or goddess. With that, here is a list of the top 15 Chinese Divas who exude allure, turning heads and luring people’s attention wherever they go. 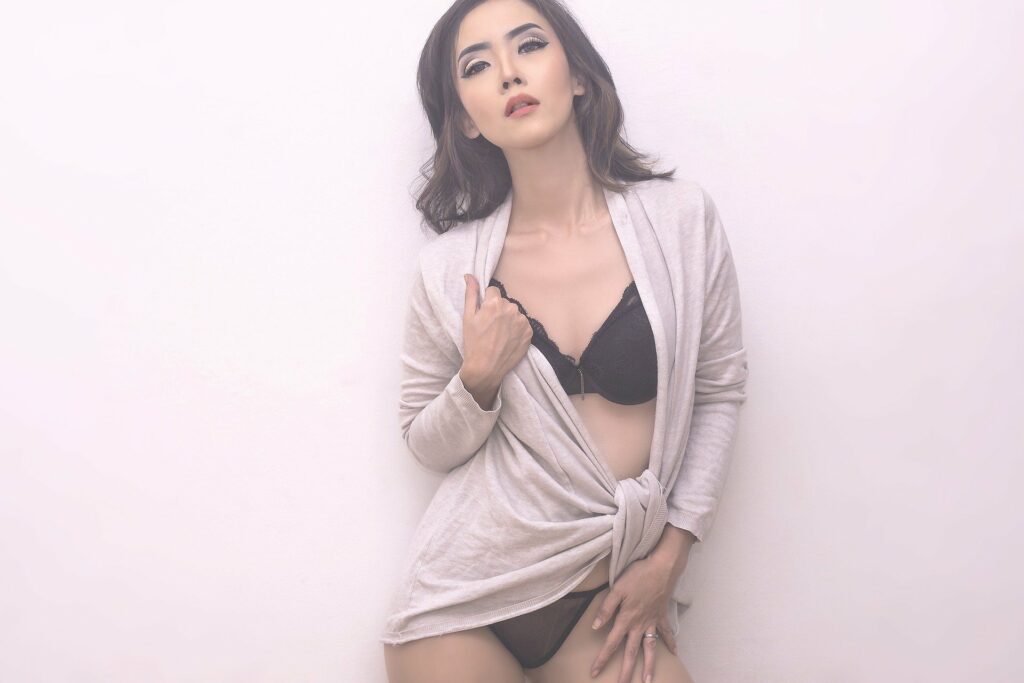 At 56, Michelle Yeo is a timeless beauty whose allure is unstoppable with her petite figure and sophisticated charm. She is one of the top Chinese goddesses who possessed an undeniable appeal. She’s a Bond Girl and a true deity in martial arts and elegance from “Crouching Tiger, Hidden Dragon” to the fabulous “Crazy Rich Asians.”

“You can’t live in fear. That’s what I wish for our generations to come: Freedom from Fear”

Known for her roles in Ally McBeal, Kill Bill, Elementary, Chicago, Shanghai Noon, and Charlie’s Angels, Lucy Liu is another excellent world-class diva when it comes to acting. Well, there are only a few ladies who can look and act great, and at the same time, who can also tickle your funny bone. To top it all, she’s also in her late 50s and still winning.

Tremendously inspired by my dear friend @demimoore new memoir #InsideOutBook – knowing where you came from and what you’ve accomplished and the stories you still have to tell. Survivor, Warrior. Sister. Friend. Beaming w/ pride for you! ❤️❤️❤️

Peter took this photograph and this smile was for him completely. He was kind & incredibly generous.A loving, beautiful person inside and out. @therealpeterlindbergh I will miss your laugh and your gorgeous spirit. RIP darling Peter

Today, she is popular for her role as Agent Melinda May in ABC’s “Agents of S.H.I.E.L.D.” However, Ming-Na Wen became famous for her kick-ass character in the 1994 hit film “Street Fighter,” where she played as Chun-Li. She is also notable for the voice of Fa Mulan in the box-office movie “Mulan,” and at 56, she’s still turning heads on the red carpet.

I LOVE this makeup!! Thank you, @terria_beauty, for your artistry, talents & creativity!! You made this #Mulan premiere extra special for me. ❤️❤️❤️❤️ Also, thank you @kalseyhyder for all your help & styling contributions.😘 #mulanpremiere Jewelry: @ericacourtneyofficial

If only this younger me with short hair knew how cute she was back then! Yeesh! Silly girl! #tbt •••••••••••••• Here’s my take on these throwbacks. Don’t be so hard on yourself. If you’re young, enjoy your youth with lust and vigor! Actually, enjoy whatever age you are now! Because you’re only going to get older….if you’re lucky to live a long life. Which is actually a good thing then, ….getting older, don’t you agree? 😁 But man, I was so hard on myself back then. “My face is too fat.” “My belly is not flat enough.” If my current brain can be in THAT body and face from 25 years ago, I’d be dancing and celebrating her!! 😄🙌🏼🍾😘 ❤️😎 Photo credit: alamy.com

Kitty Zhang, as millions of her fans know her, brought media attention when she appeared in the smash-hit film “CJ7,” alongside the lead star Stephen Chow. In 2016, she also starred in another box-office movie entitled “The Mermaid.” Zhang Yuqi also starred in “Lost in the Pacific,” opposite former “Superman” actor Brandon Routh.

This multimedia superstar received instant fame when she bagged the main role of the hit television series “My Fair Princess” in 1998. Zhao Wei also became notable for her roles in “Shaolin Soccer” and “So Close.” Today, the stunner is not only an actress, but also a pop singer, producer, businesswoman, and film director.

Everyone knows her as Clark’s love interest in the hit TV series “Smallville,” where she played Lana Lang. The alluring Kreuk showed her skills in combat when she played for Street Fighter’s Chun-Li in 2009 before her enchanting beauty got tasked to play Snow White. In 2012, she became the main cast of the hit CW television series “Beauty & the Beast.”

Snow White. I was 18. It was my second job. One that I did the summer immediately after I graduated high school. They colored my hair black and I wore SPF 60 and rode horses. And I got to be directed by Caroline Thompson who has written some spectacular scripts (Edward Scissorhands! The Nightmare Before Christmas!). When watching this it is VERY obvious how new I am to acting. Ha. But what a group of actors to learn from. I have been so f-ing lucky. Okay, back to comparative cognition.

Fraturday on Season 2(!!) of @tvburdenoftruth (yes, I have gone back to eighth grade–I now wear overall shorts and backpacks 🎒) Just a reminder: the show airs Wednesday, July 25 on @thecw for those of you who get the network!

Hitting the list is the Miss Universe beauty finalist, Tang Wei, who starred opposite Chris Hemsworth in the 2015 film “Blackhat.” She also starred in a box-office hit film “Late Autumn” opposite famous South Korean actor and “Crash Landing on You Star,” Hyun Bin.

Adding to the list of deities in acting and allure is Janel Parrish, who has Chinese lineage. Janel is famous for her role in the hit TV show “Pretty Little Liars,” where she played Mona Vanderwaal. She is also the older sister of Lara Jean in the box-office hit film series “To All The Boys I’ve Loved Before.”

Want a BIG hint on what my newest project is? Follow @tothestarsofficial 💫 more info COMING SOON!

Just because hi I love u

The beautiful and courageous Fa Mulan in the action drama movie “Mulan,” Liu Yifei is turning heads, as she graced the premiere night of her starrer film. She looked like a real princess with her gorgeous gown as she struts her way to the red carpet. Liu also appeared in the movie “Outcast” with lead stars Hayden Christensen and Nicolas Cage.

#Repost • @armani ⁣⁣ Chinese actress Liu Yifei has been tapped as the #EmporioArmani ambassador for Greater China and the Asia Pacific region. She debuts by starring in the FW19-20 campaign ⁣⁣ Credits: @lachlanbailey

Shu Qi is a goddess to every film she appeared or starred. Her allure and stance apart from her superb acting skills, always leave a long-lasting impact from viewers and fans after watching her. She’s a stunner who completely held everyone in captive with her roles in “So Close” and “The Transporter” opposite Jason Statham.

Everybody loved her as Astrid in the 2018 blockbuster hit film “Crazy Rich Asians,” and just like her role in the movie, Gemma Chan is a strikingly beautiful woman. She could pass as a beauty pageant titlist. Gemma also appeared in other smash-hit movies, such as “Captain Marvel,” “Jack Ryan: Shadow Recruit,” and “Fantastic Beasts and Where to Find Them.”

A year ago.. #SAGAwards #crazyrichasians

Eyeing up the weekend 📸: @larajadephotography

Ahoy Captain! Very happy to be back in Singapore, especially with this one.. beautiful smile, beautiful heart 💕 #CaptainMarvel #CrazyRichAsians #worldscolliding

Olivia Munn has a colorful ancestry, and one of them is Chinese. The 39-year-old knockout beauty starred in many famous films, including “Iron Man 2,” Magic Mike,” “X-Men: Apocalypse,” “Ocean’s 8,” and “Deliver Us From Evil.” Olivia also appeared in the hit TV series “New Girl” for three episodes. She’s a beauty and a complete stunner with a cause.

Tonight at 8/7c on @VH1, I’m the guest judge on @RuPaulsDragRace for the World’s improv challenge, and let me tell you it was the BEST! #DragRace #rupaulsdragrace 📷 by @sanchezzalba

Reunited with my brother @patrickta ❤️

The sophisticated beauty of Zhang Zi-yi became popular when she starred in the highly-acclaimed and megahit 2000 film “Crouching Tiger, Hidden Dragon.” Her pretty face, coupled with her petite frame and fine stance in martial arts, turned viewers speechless. She also appeared in the film “Godzilla,” “Memoirs of Geisha,” and “House of Flying Daggers.”

Kicking at the second spot is the flawless goddess of the runway, Naomi Campbell. The 49-year-old supermodel doesn’t look like her age, as she can still pass as a 20-year-old charmer. Her hour-glass figure is absolutely a bombshell. Naomi is a true jaw-dropping beauty with lots of achievements on her plate.

At the top is the exquisite beauty and gracefulness of Fan Bingbing, who is not only an actress, but a model, TV producer, and a true diva. She’s one of the most expensive stars in the world, who has the heart to help people. Fan Bingbing is also a global fashion icon who appeared in the films “X-Men: Days of Future Past,” and “Iron Man 3.”

Let us know if you think someone else should be on the list! 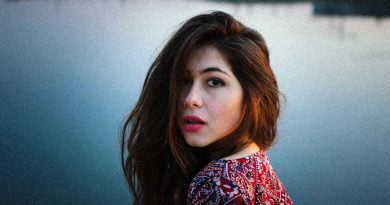 The 25 Most Beautiful News Anchors of All Time 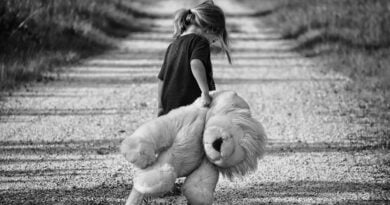 Check out the wide variety of swimwear for women on Kameymall