Can You Bring A Vape On A Plane

If you’re considering flying to a trip abroad for your upcoming vacation or for the holidays and want to bring a vape with you, then you’ll need to put it in carry-on luggage. That’s because packing vaporizing devices in checked baggage is not permitted due to their fire risk.

If vapes are found in your checked luggage either one of two things will likely happen – they will be removed before the flight and you’ll arrive at your destination to find the item missing, or both you and your bag will be pulled from the flight to address the situation.

The reason they are banned from being placed in your checked luggage is due to the nature of the lithium batteries that power them. When placed under high pressure or extreme temperature, there is a risk of the battery catching fire or exploding, which could cause significant damage to the aircraft and put the safety of every passenger aboard at risk.

But typically there is no issue when it comes to putting your vape into your carry-on bags, you just can’t use it while onboard the aircraft.

Here are some important considerations to keep in mind if you plan on taking your vape abroad:

Taking Your Vape On A Plane

You can take your vape, and any oils or concentrates onto an airplane, but you must be aware of the measurements. On airplanes, you are only allowed to carry liquids that are 3.4 ounces or smaller and in a quart-sized bag.

If you plan to pack any toiletries such as toothpaste, hair products, or make-up in your hand luggage, please bear in mind that this may take up room for other liquids. So if you plan on traveling with liquid or oil vape concentrates, you should factor in the amount that you’re planning to bring along.

And while bringing a vape on a plane is typically not an issue, you should check that your destination is a country in which vapes are currently illegal – such as Qatar, Singapore, and Cambodia – as you could face potential issues if it is.

Vaping During The Flight

You cannot use your vaping device onboard a plane. Although it is ok to bring it with you on the flight, you will not be able to use it at all . Trying to sneak off to use it in the bathroom is not a viable option either.

On top of that, the penalties for getting caught are becoming increasingly severe. There have been cases where people received lifelong bans from flying as punishment for vaping in the airplane bathroom in hopes that they avoid detection. So ask yourself if it’s worth getting banned from flying for life, just to grab a few puffs. Your best option is to put the vape away and not even think about using it until after you’ve landed.

Using Your Vape In The Airport

For most airports across Europe (except for eight countries) and North America, there are designated smoking rooms located at each terminal which are the only space that you are permitted to vape in. If you are caught using a vape outside of the designated area, there will be consequences and fines issued for anyone found breaking this rule.

In some countries vapes are illegal to be used indoors, so make sure you check the rules and regulations for that country before flying with your vape.

It is important to research the laws in your destination countries before you arrive. The country, airport, and state may all have their own rules governing vaping devices. Checking before traveling will help avoid potential confusion and complications at customs, where you could risk having your vape taken away or worse – potentially facing legal issues.

It is also advised to check if your hotel or hostel has restrictions on vaping, as hotels can sometimes have strict bans where vapes are concerned. So it’s a good idea to check this before you book your room.

If you follow the advice we’ve given here, then you know that for the most part, you can bring your vape on a plane, but you can’t use it during the flight or in regular parts of the airport. So be safe and make smart decisions when traveling with your vape, so you can avoid unnecessary legal issues. 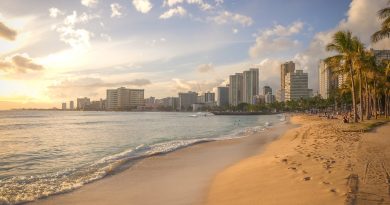