ADHD stands for Attention Deficit Hyperactivity Syndrome. It is a syndrome that refers to a condition that affects people’s behavior. They seem restless, and anxious and may have problems concentrating on their day-to-day life matters. They may act impulsively rather than acting with concentration.  Attention deficit hyperactivity disorder (ADHD) affects two-thirds of children and is likely to persist into adulthood. Adults are more composed, yet they still struggle with organization and impulsivity.

ADHD is diagnosed in early childhood from 3 to 7 years of age. Sometimes it can be diagnosed later in childhood. In many cases, it is not noticed in early childhood, but it is diagnosed later in adulthood. But most of the time its symptoms are noticed at a very early age and they become prominent when the circumstances around the child are changed, like when he goes to school. ADHD symptoms mostly improve with time, as the child grows older. But in some cases, people with ADHD suffer the symptoms even after getting to adulthood. These people may experience sleep and anxiety disorders.

Why Is ADHD Medication Prescribed?

In some cases, these medications work wonders and the patient feels much better. His ability to concentrate may increase, and he may have better control over impulses. He can plan and follow through with different tasks, but in many cases, it may not show desired results. The child even during the taking of medicine might still struggle with forgetfulness, socially awkward behavior, and emotional problems. Similarly, an adult having this problem might suffer disorganization and distractibility, and they may feel problems in building relationships, even during treatment with ADHD medication.

Signs That ADHD Medication Is Abused

People who don’t have ADHD but still use the medication may rev up and have a temporary feeling of improving focus. They reduce the need for sleep, but actually, these pills make the concerned person feel confident and thus tend to destroy the education career of the concerned person. Constant wrong use of these medications may affect the body’s functions badly. There may be an increase in body temperature, heartbeat, and blood pressure, which can cause a stroke. Continuous abuse may create a feeling of extreme anger, and high suspiciousness and make the person distrustful. In the meanwhile sleeplessness and an imbalanced diet may lead to other health issues.

When a person has ADHD syndrome, his brain chemistry becomes imbalanced. In this case, ADHD medication can calm down that imbalanced chemistry and soothes the hyperactivity of the patient. But as a matter of fact, many of its symptoms may overlap with the symptoms of many other conditions so there is always a risk of misdiagnosis of the medication. Another reason for its misdiagnosis is the fact that these stimulant medicines are accepted as common medications, so many people are not aware of their dangerous effects.

In this case, when a person doesn’t have ADHD but is diagnosed with its medication, its effects are in an entirely different way. Studies show that almost 35% of high school and college-going students use these drugs to stay awake. They also think that these medicines increase their ability to focus on their studies. But they are unaware of its dangers. A common ADHD medicine affects the white matter development of the children’s brain. In addition to it, ADHD medication has certain risks, if it is misdiagnosed.

Depression is a state of mind. Some ADHD medications like Adderall can cause depression-like symptoms if not administered properly. Wonders? How Long Does Adderall Stay in Your System. Another risk of taking wrongly diagnosed ADHD medications is symptoms of depression in the abuser. This depression leads to anxiety and restlessness. Which harms both the physical and mental conditions of the abuser. Both the doctor and the patient should be careful when it comes to taking ADHD medication.

A body needs proper 6 to 8 hours of uninterrupted sleep to function properly. ADHD medication can cause the brain to function faster at a much higher speed than usual. Insomnia is still another risk of misusing ADHD medication. Teens using these stimulants to wake up at night tend to develop insomnia or sleeplessness. This further leads to many physical hazards in the abuser’s body.

When a person starts seeing things that are not physically present and hearing things that are not real, this is called hallucinations. Hallucination is a common risk that comes with taking improperly prescribed ADHD medication. When these drugs are misdiagnosed, the abuser experiences hallucinations. A delusionary sensation may be felt by the abuser, which affects all the sensory organs. They might hear sounds that no one can hear. They might see something not visible to anyone so on and so forth.

ADHD medication, such as Adderall, has the potential to be addictive. Health care providers must guide the patients about the risks of taking ADHD medication. Adderall is also one of the most abused drugs. One of the most dangerous risks of these drugs is that they may build addiction in the user. A person with no ADHD symptoms but has its medication might become addicted to it. He may suffer withdrawal symptoms when he tries to leave it.

When a drug is not taken as guided by the doctor, it can be fatal. When a person gets addicted to these medications. They somehow or the other may take their overdose. Like any other addictive medicine, its overdose is also very dangerous, which sometimes leads to the death of the abuser.

Although the study isn’t definite, ADHD drugs may have an impact on childhood development. The potential for ADHD drugs to impede or inhibit growth is one of the most researched topics. Stimulants can cause children’s growth to be momentarily slowed, but it does not accelerate subsequently. Long-term stimulant usage in children was linked to a drop in height and weight, according to a comprehensive study published in 2021, but the total loss was minor. It’s vital to note that the drugs may or may not cause a slowdown in growth. Instead, because stimulants can reduce a person’s appetite, this result could be related to a lack of nourishment. Although researchers are dubious whether ADHD medicine has an effect on depression, evidence suggests that it does lessen the chance of suicide.

We can conclude that physicians should be very much careful about the diagnosis of ADHD medications as misprescription can lead to many harmful consequences for its user. Similarly, parents of teenagers may keep an eye on every activity of their child. Any change in their daily routine or their health matters should be checked immediately. Early intervention is the only solution to this problem.

Human Food And Medicine: Which Are Good For Dogs?

6 Unknown Benefits of Kratom Powder You Must Know 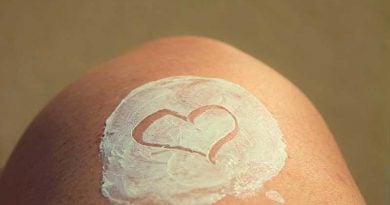