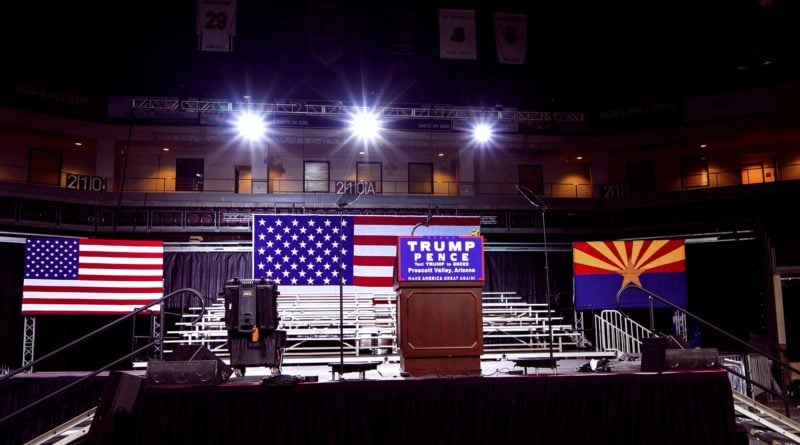 What US President Donald Trump Does Not Want You to Know…?

The president of the United States never leaves any stone unturned in becoming the center of one or more controversies. So, in this post, we will try to share some facts that Trump himself wouldn’t want you to know about.

Trump once said, about women, “You can Grab Them by the Pussy”.

While he campaigned for the 2016 presidential election, a shocking video emerged. In this video, Trump was heard joking with Jeb Bush that, “Once you are famous, you can do almost anything, grab them by the pussy, whatever”, about women. While this was brushed off as a ‘locker room’ talk by Trump supporters, it is undoubtedly something that Trump as president would want people to forget about.

He’s an avid fan of World Wrestling Entertainment (WWE) and has also appeared several times with Vince McMahon. Donald has hosted Wrestle Mania events twice and even participated in them.

Though he’s considered one of the greatest businessmen in the US, he has filed for bankruptcy on his businesses a whopping six times!

Donald is known for his book, The Art of the Deal, but did you know that he has written fifteen others as well? Two of which were written with the legendary businessman, Robert Kiyosaki.

Even though Trump’s net worth is $3.2 billion. He’s donated only $3.7 million to his own foundation in twenty years. He’s given very little compared to his net worth to foundations like Make-A-Wish, the American Cancer Society, and the Alzheimer’s Association.

You would be thinking that a man with that kind of wealth should be donating a bit more.

At the age of thirteen, Donald caused problems at Kew-Forest School, possibly something that had to do with one of the teachers and the principal. He was sent to New York Military Academy in the hope that he’d straighten up. This tells me there were more problems with him misbehaving than just the one incident. However, there are no stories to collaborate on this.

He did well at the New York Military Academy and became a star student.

Trump got to march down Fifth Avenue.

In his senior year at the New York Military Academy, he was promoted to the position of Cadet Captain-S4, which is Cadet Battalion Logistics Officer. Trump and Cadet First Sergeant of the Class of 1965 created a small company of cadets and trained them in advanced close-order drills.

Trump and Donaldson, along with their company, marched down Fifth Avenue on Memorial Day 1964.

By1991, Trump nearly drowned in debt, almost taking his businesses with him.

Trying his hand at an airline. In 1988 Trump decided to buy seventeen Boeing 727s for $365 million. He renovated the jets into lavish flying luxury liners. However, he found out that ordinary everyday travelers were looking for deals and fast travel, not luxury. This venture, called Trump Shuttle, was closed in 1992 and merged into a new company named Shuttle Inc.

In 2006 Trump introduced his own brand of vodka with the slogan “Success distilled”.  It was proclaimed as the epitome of vodka. Trump’s vodka was supposed to become successful. It wasn’t. On Larry King, Live Trump told Larry that he made Trump Vodka to one-up his Grey Goose friends. However, Trump Vodka went by the wayside, and Grey Goose is still going strong.

Have you ever heard of, Trump: The Game? No? That’s because it didn’t become as popular as Trump or Milton Bradley thought. It was introduced in 1989 and is like Monopoly where players bought and sold real estate. After fifteen years Trump accepted that his game wasn’t selling as it should even after incorporating, You’re Fired into it.

Stepped away from his Entertainment Resorts, the Trump Taj Mahal, Trump Marina, and Trump Plaza. These casinos are in Atlantic City.

Trump started distancing himself from the company after Trump Entertainment Resorts filed for bankruptcy protection for the third time in February 2009. He still owned 29% of the company. He said that he had nothing to do with the company other than it had his name on it.

In August of 2009 Trump and an associate from Beal Bank Nevada procured the company for $100 million.

A residential complex in Cincinnati, Ohio called Swifton Village was purchased by Trump’s father for $5.7 million in 1962. This complex was shut down because of mortgage issues.

Donald got involved with this project. He invested nearly half a million dollars in it.

In two years, he converted the complex from a failure to success. 1200 units with a 66% vacancy rate to 100% occupancy rate.

The most significant achievement for him in his entire real estate career.

On ABC in 2011 Trump spoke to George Stephanopoulos. He told George that to solve the US energy crisis the military should march into the Middle East and take the oil fields in Iraq. Trump’s idea was that since the US spent $1.5 Trillion to go after and take down Saddam Hussein, they had the right to take the oil fields.

5 Effective Ways to Bond with Your Pet