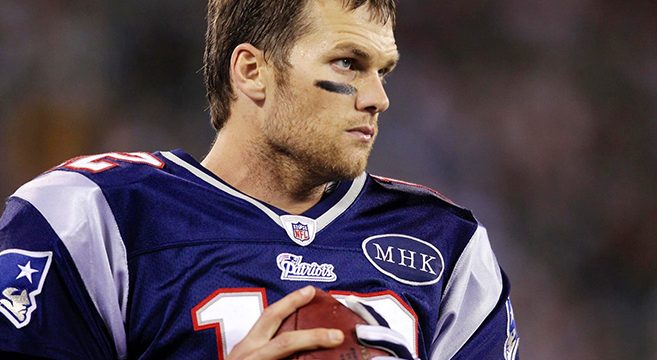 What Is Tom Brady's longevity secret?

At age 44, Tom Brady is one of the oldest active players in the NFL and he doesn’t mean to stop any time soon. Where most athletes would consider retiring, Tom Brady finds another way to keep pushing his body and mind and conquer new obstacles in his life and professional career.

There is a drastic difference when we compare Tom Brady to an average NFL player. First of all, the average career of a quarterback is around 4.4 years.

On the other hand, we have Brady with more than 22 seasons in the NFL. Since Tom Brady’s first Super Bowl win against the Rams in 2002 it’s been 20 years and he is still competing at the highest level.

Since football is a contact sport that involves a lot of physical activity, it is very hard for older players to compete with the energy and strength of some of the young talents in the league. However, Brady somehow manages not to only compete in the big league, but also remain as one of the top players in the league.

So, what’s Brady’s longevity secret? Does he use a magic potion to keep him healthy and still in great shape?

Unfortunately, there is no magic potion and the secret to his longevity is behind strict rules, hard work, and dedication. Let’s go through some of Brady’s routines that help him stay on top of the game for so long.

You cannot accomplish great things without having a strong mind. One of the things that keep Tom Brady going is his meticulous approach to everything in his life. Developing a strong mindset is the only way you can survive in the NFL for so long. Over the years Brady managed to create a mindset that allows him to keep pushing and climb a mountain over a mountain.

In the past couple of years, he has been working with professional coaches that improved his mental health. He also uses everyday practices like meditation just to keep him spiritually nourished and emotionally stable.

Getting the right nutrients is crucial, especially if you want to compete in the NFL at an older age like Brady. The goal here is to create a strict diet and avoid the temptation of junk food at all costs.

One of the secrets to Brady’s longevity lies in his strict diet plan. Throughout his career, he has been working with many professional nutritionists that developed a special diet structure that limits him from most things that regular people drink or eat.

Brady doesn’t consume any caffeine, as well as sugar, white flour, dairy products, or anything with gluten. While most athletes consider vegetables to be healthy, Brady goes to that limit that he doesn’t eat mushrooms, peppers, tomatoes, and eggplants since they can cause inflammation.

He also eats only organic food and drinks a lot of water enchained with electrolytes. Just like any person on the planet, Brady also has a cheat day that comes very rarely, but when it comes he likes eating bacon meals or pizza.

Maintaining a balanced sleeping schedule is very important, especially for athletes that compete in the NFL. However, it is hard to get enough sleep if you don’t have a clear mind, which means that sleep is directly connected to the mental health of athletes.

Clearly, Brady has developed a strong mindset and he loves sleeping to that point that he took a nap in the locker room right before his first Super Bowl appearance in 2002 where most athletes would be freaking out.

Also, there are no long-nights for Brady. He gets in bed at 8:30 pm and wakes up at 5:30 am. He also focuses on making the perfect atmosphere for sleeping having the right temperature in the room and avoiding all kinds of distractions including social media or TV 30 minutes before going to bed.

Last but not least, we have fitness. There is no secret that every athlete needs to be in shape in order to compete in the big league, especially if you want to compete with younger athletes that are more energetic.

Brady spends a lot of time in the gym. He has been working with professional coaches that developed a custom program of exercise. Since he is 44 years old, trainers need to develop different exercises just because his muscles are more prone to injury. He does a lot of stretching before working out and a “deep force massage session that lasts four minutes and targets 20 muscle groups.

He focuses on smaller weights just to avoid since pushing too hard at that age could result in muscle tears. After an intense workout, he has developed a relaxation routine that helps him recover much quicker.

Where Is The Best Place To Put A Return Air Vent? Cold air return vents are required in any structure