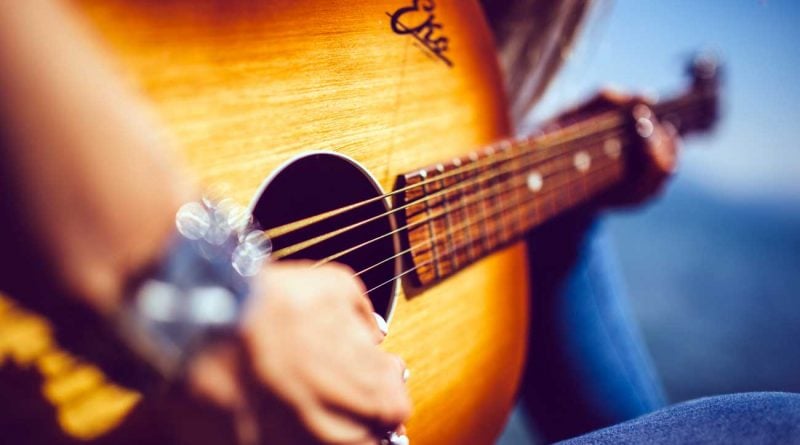 Currently, we are in an era that genres like pop, hip-hop, contemporary R&B, and rock music have dominated music charts. We are electrified with the hits by Beyoncé, Britney Spears, Rihanna, and Lady Gaga. We snap with the beats brought to us by Bruno Mars, Justin Bieber, Chris Brown, and Ed Sheeran. Many of us will open their Spotify to hear these kinds of music.

There are songs that we also love to play on repeat (and suddenly had Last Song Syndrome or LSS) because of the meaning of the song or story in the song, the overall sound, and the exceptional voice of the singer. One may be wondering what genre they are in. Aha! You might be listening to a country song, dear.

We have shortlisted Ten U.S. Country Songs that made top marks not only in the music charts but in the audience’s heart and soul for the past 19 years in the 21st century.

The song was created in 1994 by Singer-Songwriters by Marcus Hummon, Jeff Hanna, and Bobby Boyd. It tackles about how broken relationships, failures, and disappointments help someone to find the way to true love in a world where things are not smooth (referred to as the broken road in the song). The undeniable beauty of the song lead to several American Country Singers have their own renditions. Rascal Flatts’ version, which was initially recorded and released in 2000, was the favorite, making it to Billboard’s Top US Country Songs in 2005.

If we will talk about Breakup Songs, You’ll Think of Me will be one of the most recommended songs. It is a narrative of a person who is having a hard time moving on from the past relationship, and hoping that one day, the one who left will think about him. The heartbreaking song was composed by Darell Brown, Dennis Matkosky, and Ty Lacy. It was sung by Keith Urban and recorded in 2002. The song and music video have been released in 2004, and eventually, it became one of the chart-topper Country hits.

Country songs are popular for conveying deep sense about life. Live Like You Were Dying, a song composed by Tim Nichols and Craig Wiseman, is a gist of stories of people who had a sudden shift on their outlook about life, upon knowing that they are running out of time. It encourages people to experience life to its full potential and use these experiences to be a better individual. This inspirational song performed by Tim McGraw had landed at the top spot in Billboard Country Charts for seven weeks and garnered several nominations and recognitions.

Before He Cheats is part of the debut album of Carrie Underwood in 2005. The Country Hit was composed by Chris Tompkins and Josh Kear. The overall theme is a woman’s revenge for her boyfriend that has the possibility to become unfaithful to the relationship.

It pictures the possible actions of a woman to remind the man what can happen if ever he cheats on her. Being a relatable song, it became a top hit and received awards such as Grammy Awards, MTV Music Video Awards, Country Music Association Awards, and many more.

If a mistress would have her theme song, Stay would be a perfect choice. The 2006 Hit is an original song performed by the duo band Sugarland written by their lead vocalist, Jennifer Nettles. It narrates a story of a mistress begging his man to stay, even if the wife is looking for him.

However, on the last chorus of the song, it revealed the change in the mistress’ mindset- that she deserves more than being in a forbidden relationship. With its striking content, Stay had received several recognitions (both for the song itself and for Nettles as the songwriter).

Taylor Swift’s popularity as a singer-songwriter started upon the release of her single Love Story in her second album, Fearless, in 2008. Swift’s creativity in songwriting had been praised for she was able to relate her personal experience with the famous William Shakespeare novel, Romeo and Juliet. The song primarily talks about a complicated relationship she had with a man who was never her boyfriend.

She described the experience as what Romeo and Juliet had in the novel, but she decided to change the ending from being tragic to a happy ending. Aside from its content, the song had a catchy tune, that makes many listeners sing along with it. No wonder that Love Story has been a chart-topping Country hit and a multi-awarded hit.

Are you feeling alone on a late night and you’re a little drunk? Need You Know, performed by the Trio band Lady Antebellum, can be your soundtrack while having a “drama” time.

The Grammy Award Winning Song gives us a picture of a person who is making late-night calls in the middle of the night, searching for someone to be with or to talk with, and on the next day, you feel the regret doing it. Many, including the singers themselves, have been in this situation and were able to relate, that’s why the song was a huge success.

“Nostalgic” is the best word to describe the country ballad song The House That Built Me by Miranda Lambert. The song was composed by Tom Douglas and Allen Shamblin, with a theme of “going back to roots.”  It narrates the move of an adult female character going back to her old house, where she grew up.

She asked the new resident there if she can go inside and roam around to revisit and to rekindle all the memories she had in the “house that built her.” The overall vibe of the song made it to the top of the music charts and to be recognized by many award-giving bodies in the music field.

The Climb is performed by Miley Cyrus for Hannah Montana: The Movie and became her single that introduced her into the country genre. It was composed by Jon Mabe and Jessi Alexander, and its theme is inspirational. It gives the listeners a boost in pursuing their goals, whatever difficulties they may encounter along their way up. Because of its motivational content, it climbed to the top spots in music charts across the world in 2009.

Cruise was created by the Florida Georgia Line members Brian Kelley and Tyler Hubbard, together with Joey Moi, Chase Rice and Jesse Rice. The exact genre of the song is “Bro-Country,” a sub-genre of country music that tells about parties, alcohol, women, and some other vices.

This term was first used to describe Cruise, which makes the song more remarkable. Since it is a different taste of country song, it became subject of curiosity of the many and was received well by the listeners, making it belong on the top spots of music charts, especially in the Billboard U.S.

Are your favorite country songs included in the list? Tell us your thoughts.

What Are The Features Of Different Music Eras?