Photomedicine, or image-guided medication, is a relatively new form of medical technology that uses high-tech medical imaging to provide patients with better ways to treat their health problems. This new medical practice helps provide doctors and other healthcare providers with more information about a patient’s condition and enables them to make a more informed treatment decision.

Because it is a relatively new technology, research on how it is improving the healthcare industry is still ongoing. The following is a list of some of its proven most effective applications.

With Photomedicine (also known as light therapy), doctors can target places on the body that have been affected by Herpes Zoster with laser beams and kill the Herpes Zoster Virus. The Herpes Zoster virus cannot move past the laser beam without incurring serious consequences on its health.

This has revolutionized how Herpes zester sufferers are treated because usually, antiviral medication can only be taken orally (through the stomach). However, this medication can be extremely toxic for those who are suffering from chronic kidney disease or have had kidney transplants. Sometimes, Herpes zoster sufferers also suffer from liver problems.

A major application of photomedicine is photoacoustic imaging (PAI). PAI is emerging as a non-invasive, quantitative optical imaging technique that provides functional tissue information in real-time with high spatial resolution and good contrast.

Photoacoustic microscopy (PAM), another area of research in photomedicine, can be considered the ‘focal point’ for future applications owing to its combined capabilities of three techniques: laser scanning confocal microscopy, ultrasound, and light detection and ranging (LiDAR). PAM has the potential to revolutionize fluorescence endoscopy by combining high-resolution images of tissues with equally high spatial resolution hyperspectral images of endogenous biomarkers.

Over the past decade, photodynamic therapy (PDT) has led to a significant improvement in cancer treatments. PDT uses light activation of photosensitizers to cause damage to cells by singlet oxygen and reactive oxygen species and is therefore considered an important mechanism for photomedicine.

The most common treatment method involves the local injection of 5-aminolevulinic acid (ALA)-derived protoporphyrin IX (PpIX), a PpIX precursor that accumulates in tumor tissues, followed by near-infrared irradiation from a 630 nm laser source with a 780 mW/cm2 power density at 25–40 J/cm2 fluence. This has improved biodistribution by delivering more energy into solid tumors than the currently used intensity of light in conventional PDT (5 J/cm2). A new class of photosensitizers in development has high quantum efficiency and biocompatibility. 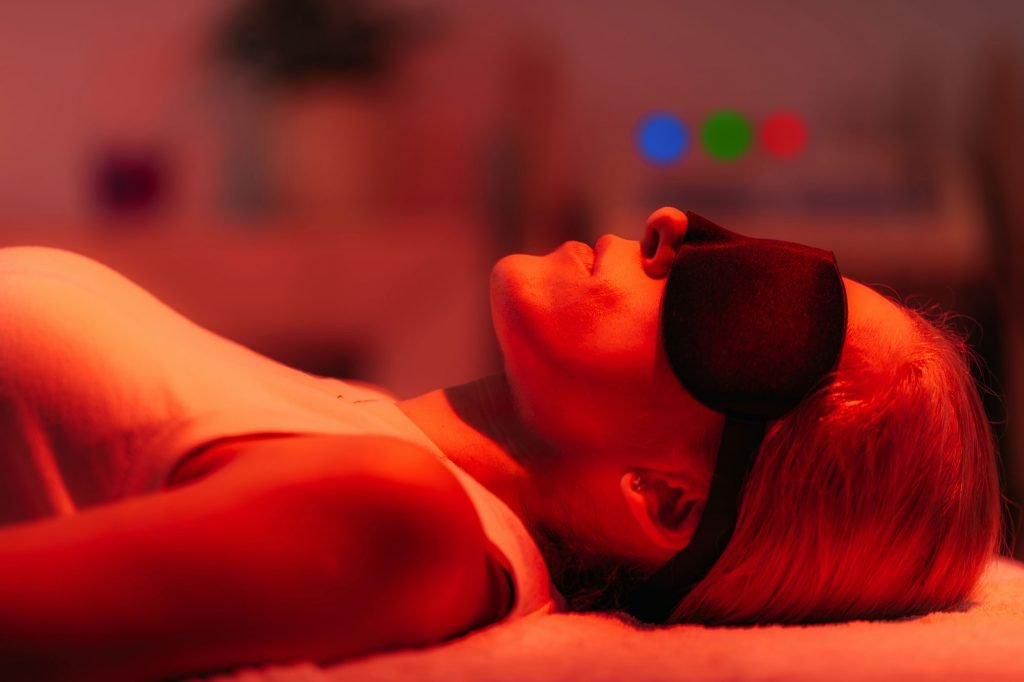 Photomedicine is also beginning to gain traction as a method of pain control, with low-level light therapy (LLLT) showing significant promise and being used to treat several conditions. These range from diabetic wounds, venous stasis ulcers, and leg ulcers to psoriasis and atopic dermatitis.

This is possible because light acts on opioid receptors (not just for pain relief but also for other certain aspects of medical care).

Medical research has shown promise in phototherapy when treating bipolar disorder and depression by altering the circadian rhythm via exposure to light during the early morning hours. Phototherapy is already commonly used for seasonal affective disorder with great results.

Photobiomodulation therapy (PBM) is a breakthrough solution offered by laser clinics that has been subject to research. PBM uses low-level lasers (BIBO) light-emitting diodes (LEDs), near-infrared LED lights, and red light therapy with wavelengths in the 600 to 900 nm range (visible and invisible).

Researchers are also developing a new class of hyperspectral laser-based imaging technologies that promise an improvement in clinical diagnosis. This is by providing accurate information about tissue abnormalities, which will lead to more effective treatment methods. The technology enhances sensitivity while maintaining specificity, allowing for better diagnostic accuracy.

The first target is cancer detection, using fluorescence spectroscopy combined with advanced image analysis algorithms. Another advantage of this approach is the ability to identify traces of disease in different regions of a biopsy specimen simultaneously according to their biochemical characteristics.

This is accomplished by using a hyperspectral endoscopy (HSES) probe containing several laser sources with different colors to perform the necessary spectral measurements. The collected data is then used to identify abnormalities in real-time as they are detected, making the process much faster and less invasive than other methods.

In recent years, there have been great strides in laser technology that make their functions more practical than before. With growing use, it’s expected that photomedicine will continue revolutionizing the health sector.