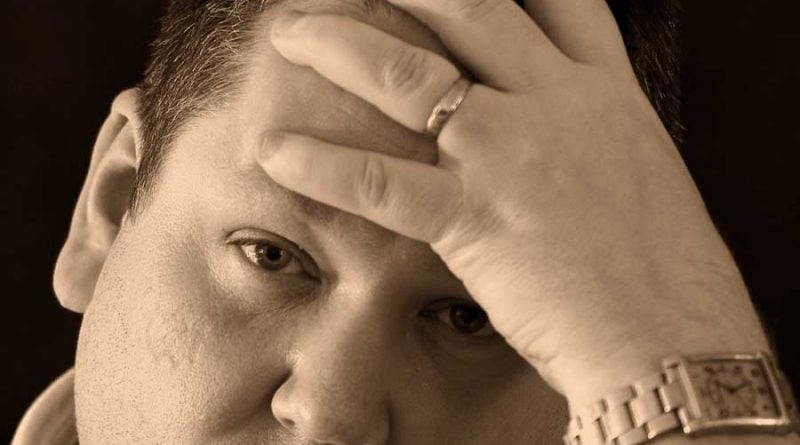 Emetophobia - Causes and Treatments of Fear of Vomiting

Emetophobia is a type of phobia wherein an afflicted person has an irrational fear of vomiting. This can pop up in a number of forms and can be triggered by almost any situation that relates to vomit.

However, different cases of emetophobia will be triggered only by one or two particular instances; in some cases, though, absolutely any situation involving vomit will cause a phobic episode.

Emetophobia comes from the Greek words “emein”, which means the act of vomiting, and “Phobos”, which means fear. Those who are suffering from emetophobia are often accompanied by other phobias and disorders.

This is due to their avid avoidance of circumstances where they run the risk of seeing themselves or others vomit. Emetophobia is a type of phobia that affects approximately 0.1% of the population, according to studies, and women are much more likely to develop this condition than men.

Emetophobia can be treated properly once it has been diagnosed. However, identification of this particular phobia can be quite difficult due to its tendency to be lost within other, more discernible, conditions such as anorexia, social anxiety, or agoraphobia.

What are the Symptoms of Emetophobia?

The general symptoms of emetophobia are fear, panic, and distress whenever the thought or actual occurrence of the triggering episode occurs. Sufferers often experience panic attacks whenever they are in a situation wherein there is a risk of someone or themselves vomiting.

Some sufferers even scream or pass out once they see someone vomit or see actual vomit on the street.

In some cases, other disorders appear due to these circumstances, which is why emetophobia is often difficult to diagnose without carefully looking at the root of the problem.

For instance, agoraphobia, or the fear of being out in public, maybe more obvious, but this is only triggered due to the irrational fear of the possibility of seeing vomit or seeing someone vomit while the sufferer is outside.

Some, on the other hand, may suffer from symptoms related to obsessive-compulsive disorder especially when it comes to cleanliness or in the preparation for food due to the fear of vomiting due to illnesses or food poisoning. Some would also have fear of flying, of high spaces, or of enclosed spaces with people due to the same dangers related to vomiting.

Other common dangers related to emetophobia include anorexia or cibophobia, disorders commonly associated with those who are irrationally afraid that they would throw up. These are very dangerous conditions that should be treated immediately. Diagnosis of emetophobia is done through assessment via questioning and interview tools utilized by a psychiatric professional.

What Causes Nausea and Stomach Discomfort?

Most of the time, symptoms of emetophobia such as nausea and stomach discomfort are psychosomatic in nature. This means that most of these symptoms are caused by stress and internal factors and not by external stimuli.

Physiological causes of nausea, on the other hand, can come from a variety of sources. Some common causes of nausea and stomach discomfort include excessive alcohol consumption, motion sickness, food poisoning, and pregnancy.

Nausea and stomach discomfort are also common side effects of specific drugs, which is why some medications include these side effects on their labels or are advised not to be taken in conjunction with other drugs, foods, or activities.

For those with figuratively strong stomachs, unpleasant smells or images may not invoke feelings of nausea. For others, though, and especially for those who are suffering from emetophobia, these types of sensory input may stimulate nausea in themselves.

As such, some people would have the sense of wanting to vomit themselves should they see someone else vomiting or something else that would discuss them.

In worse situations, sufferers of emetophobia may even experience feelings of nausea and stomach discomfort whenever they are in a situation where they would think of vomit or any other situation that would increase the risk of such incidences.

What are the Treatment for Emetophobia?

In some cases of mild emetophobia, sufferers can still function in more or less a normal way. The most common type of self-treatment is avoidance.

This means that those suffering from emetophobia would vehemently avoid putting themselves in situations where they may possibly be exposed to the risk of experiencing stimuli that would in turn trigger phobic episodes.

This may include avoiding going out in public, meticulously preparing and cooking foods, keeping surroundings pristinely clean, or self-medicating.

In more severe forms of emetophobia, however, self-treatment may not be possible. In these cases, treatment from a professional will be required. Treatment often includes prescribing medication such as anti-anxiety medications or antidepressants. Some would also prescribe gastrointestinal medication to relive sufferers of nausea and stomach discomfort.

Other conventional treatment methods of emetophobia include exposure therapy. This involves gradually exposing the sufferer to images or other stimuli that may trigger anxiety or panic.

The logic of this method is to help the patient slowly form resistance through safe, controlled, and gradual exposure. Other forms of treatment may include hypnosis, cognitive behavioral therapy, or psychotherapy.

Can Emetophobia be cured?

Emetophobia, just like any other type of phobia, cannot be completely cured. While symptoms may disappear for prolonged periods, panic attacks and other related conditions may arise without any warning signs.

However, those who have suffered from emetophobia and have sought treatment can get significant relief. Many have reported a reduction in panic attacks as well as improved mental and physical health.

Usual effects of treatment on emetophobia include a reduction of anxiety when exposed, either on purpose or by accident, to triggering stimuli. Some also no longer have attacks when exposed to certain situations that used to trigger the stimuli.

Of course, the success rates would depend on many variables such as the severity of the phobia itself, the length and intensity of treatments, and the support of the people around the sufferer.

Sadly, emetophobia is a condition that will not completely disappear. The constant fear of attacks may escalate and cause the phobia to return. As such, constant treatment, therapy, and medication are required to keep this condition at bay. As many sufferers report, emetophobia is a daily battle but, with the right help, can be kept at bay.

Is Emetophobia a mental illness?

Emetophobia, or any type of phobia, is widely considered as a type of mental illness. Specifically, it is considered as an anxiety disorder, as it triggers irrational fear and panic.

Surprisingly, emetophobia is a condition that may trigger other forms of mental illness. These may include anorexia as well as other types of phobias. In the former case, this may, in turn, lead to more conventional illnesses such as malnutrition or nutrient deficiency.

As such, it is very important to treat emetophobia as you would any type of medical condition as it can both, directly and indirectly, affect both the mental and physical well-being of the sufferer.

How do you calm down someone with Emetophobia?

There are many ways by which you can help calm someone with emetophobia. This would typically involve ensuring that triggering episodes such as actual vomit or images of someone vomiting does not appear. Depending on the severity of the condition, this may include images of vomit on television screens or discussions about vomit.

You may also need to ensure that the sufferer not be put in a situation where the risk of vomiting, whether by other people or by the sufferer itself, can be considered to be high.

This would include preventing the person from going to high places, ensuring that foods are prepared properly and reassuring the emetophobia that it is so, or ensuring that they are in a vehicle that seats people who are not susceptible to motion sickness.

During a panic attack, it is very important to lead the sufferer away from the episode that triggered the condition. After this, you must do what you can to make the sufferer relax.

You can do this by asking the person to sit comfortably and to take deep breaths. Giving him or her clean water or tea may also help the sufferer relax. However, make sure that this will not trigger or worsen the episode further.

What does your stomach feel like before you throw up?

People experience different signs before they throw up. Some, though, experience similar symptoms which may include nausea and dizziness. Others would also salivate excessively, as this is the body’s natural response in order to protect the teeth from stomach acids that would come out.

Depending on the situation those who are about to throw up would also experience churning of the stomach as well as chills despite burning sensations that would come from the gut and rise up to the throat area.

Take note that vomiting can be due to different triggers, and some regular symptoms may not appear depending on the cause. Should any of these symptoms arise, however, make sure to have a pail or plastic bag nearby?

You can also quickly go to the bathroom so that you can dispose of your vomit quickly on the toilet.

Emetophobia manifests in different ways; different patients may have varying stimuli that may cause them to have panic attacks. In most cases, the fear of seeing vomit can trigger episodes, although some do not have problems if they are the ones doing the vomiting. In fact, the thought of themselves vomiting may be the situation that worries them the most.

Exposure therapy, in some cases, will require the sufferer to vomit. This way, they are gradually taught that there is nothing wrong with vomiting and that there is no reason to panic or be excessively afraid of this situation.

Of course, vomiting on your own should be induced or observed only by a trained and licensed professional. This should also be done in a controlled environment and only when the patient has progressed far enough to handle this kind of therapy.

Emetophobia – Causes and Treatments of Fear of Vomiting What is Emetophobia? Emetophobia is a type of phobia wherein an 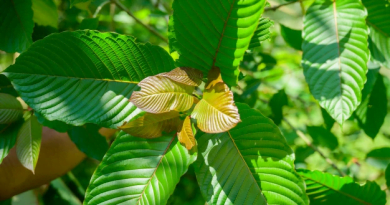 6 Kratom Strains To Increase Your Productivity At Workplace

What is cooking sous-vide and how do you do it?

7 Ways to Keep Your Joints Healthy and Pain-Free