4 Reasons Why CBD Is An Effective Treatment For Inflammation

Cannabis extracts, such as CBD, are gaining traction as an alternative treatment for various diseases. In fact, research on CBD products’ benefits is currently ongoing, and the results so far are promising.

Pharmacies and even gas stations in the U.S States where cannabis is legal now sell its products. You can also buy from cbdoil.co.uk the comfort of your home.

Much of the current cannabis research focuses on its medicinal value. Therefore, the main reason cannabis is so present is because of its therapeutic benefits.

No product has stirred so much controversy, yet promises to be a panacea to some of the most debilitating diseases. Cannabis is loved and hated in equal measures.

Research is now dispelling the myths and clearing the confusion and misconceptions surrounding cannabis. It is now clear that cannabis extracts, such as CBD, could manage the effects of cancer, epilepsy, and several inflammatory diseases.

There’s a lot of debate about CBD. You may have seen online discussions about CBD or an Ad why you should add it in your morning coffee or even your post-workout smoothie.

When people see CBD, what comes to mind is marijuana. But what is the difference between the two products?

The cannabis plant has more than 600 known organic and inorganic chemical compounds, including cannabinoids, omega fatty acids, terpenoids, and flavonoids. Cannabidiol (CBD) is the most prevalent cannabinoid in cannabis.

There are over 100 identified cannabinoids, but CBD and delta-9-tetrahydrocannabinol (THC) are the most understood. Scientists are now able to extract these compounds and study their effects in isolation.

THC is known for the ‘high’ associated with cannabis. But CBD and THC have opposing effects. So, CBD can counteract the effects of THC.

CBD hit the limelight in the last decade when several studies found that CBD could alleviate symptoms of severe seizures in epileptic children. This generated intense curiosity about the potential medicinal benefits of cannabis.

Since the discovery of its medicinal benefits, research has intensified on CBD.ci and other chemicals found in cannabis. More recent studies show CBD has a strong effect on inflammation and could be used to treat inflammatory diseases.

The fact that CBD is not psychoactive but can alleviate specific disease symptoms makes it appealing to those who seek alternative options to conventional medicine. Many people with inflammatory conditions such as arthritis are now turning to CBD.

Inflammation is the body’s natural response to injury or pathogens to protect the cells from further harm and heal the damaged tissue. Many people know inflammation as a physical occurrence, but there are a plethora of activities that occur at the intracellular level that results in inflammation.

When the body detects anything that might cause harm, be it injury or pathogens, it triggers an immune response to offset that antagonism. This process includes the release of proteins, antibodies, and an increase of blood flow to an effective area. This is what results in inflammation.

Naturally, the inflammatory process is supposed to fight the pathogens or injury then return to normal homeostasis. However, this is not always the case. In some instances, the response mechanism fails, and the inflammatory response continues, leading to chronic inflammation.

Chronic inflammation is not ideal for your body as the immune system is in a constant state of alertness. Over time, this response could lead to negative impacts on the body’s functions.

Studies suggest that chronic inflammation has an etiological role in cancer, cardiovascular diseases, diabetes, and many other conditions. Collectively, inflammatory diseases make up the leading causes of death worldwide.

While inflammation is a normal healing process, it can turn tragic when it becomes chronic. It should be managed to prevent long-term damage to cells and tissues.

Nonsteroidal anti-inflammatory drugs (NSAIDs) (which you purchase over-the-counter as pain medication) are typical treatments for inflammation. These include drugs such as ibuprofen, aspirin, and naproxen.

Substances that suppress the immune response, such as corticosteroids, are also useful anti-inflammatory drugs. Corticosteroids are steroid hormones, but their use has long-term consequences.

The challenge with the current anti-inflammatory drugs is that they have severe long-term effects. This makes them unsuitable for specific individuals with impaired immunity.

Cannabinoids, particularly CBD, have shown evidence in the treatment of chronic inflammation. CBD has certain medicinal properties that modulate the immune system and could help treat inflammatory conditions.

Many people are already turning to CBD to manage inflammatory conditions such as arthritis. But is CBD beneficial, and what makes it a better alternative?

4 Reasons that Make CBD and Effective Treatment for Inflammation

When the free radicals in the body are higher than antioxidants, they enter a state of oxidative stress. Free radicals have an uneven number of atoms, which makes them unstable.

The instability of free radicals makes them dangerous. These atoms can cause severe damage to cells as they try to bind with electrons.

Oxidative stress is a common precursor to chronic inflammation. When the body is under extreme oxidative stress, damage occurs to the DNA, fat, and proteins, leading to cell death.

Increasing the availability of antioxidants in the body can help alleviate the effects of oxidative stress. Research shows that CBD can eradicate free radicals leading to oxidative stress and could limit the escalation of inflammation. At CBD Armour, get to know more about this amazing product. 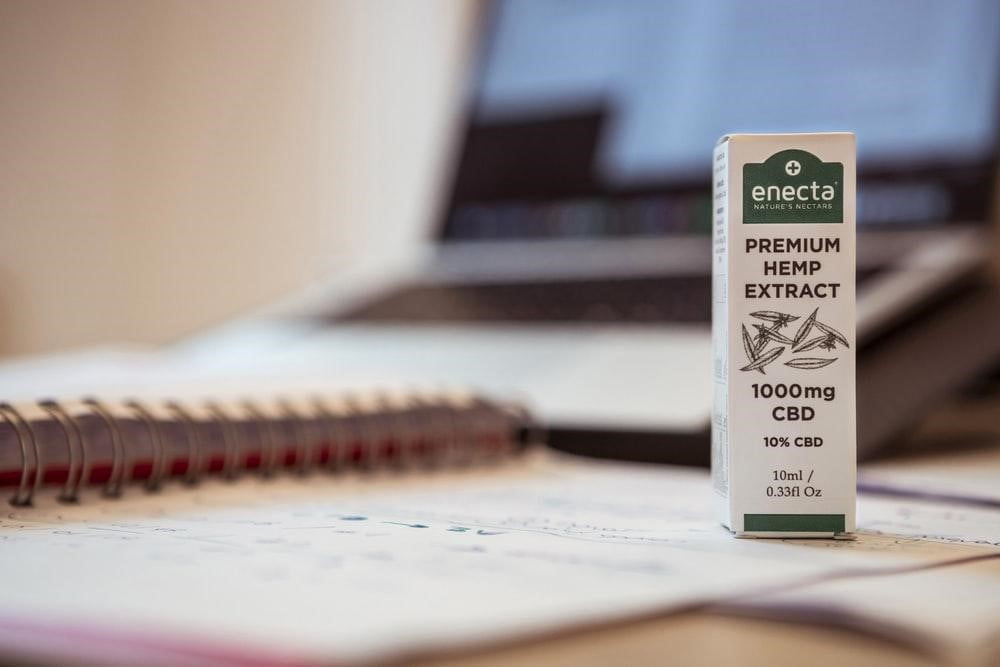 CBD mainly affects the production and functioning of cytokines. Immune cells produce cytokines as a response mechanism to injury or pathogens. Cytokines chemicals initiate and modulate the process of inflammation.

CBD can dysregulate the production of cytokines. By inhibiting cytokine production, CBD can disrupt the immune response that initiates and maintains inflammation.

CBD also modulates the production of cytokines by T-helper subsets (Th1 and Th2). When immune cells are treated with CBD, the results show that cytokine cells such as IFN-γ, IL-1α, and TNF-α, are suppressed.

CBD has a direct effect on various cells that contribute to inflammation. This suppressive role of CBD contributes significantly to its anti-inflammatory properties. The benefit that CBD offers is that it seems to affect several inflammatory pathways.

The initial response to pathogens or injury involves the innate immune system. This process involves various cells that work in coordination to defend the body. These cells include a host of myeloid cells, such as macrophages and neutrophils.

When T cells are activated, they further signal the activation of other immune cells responsible for destroying the damaged cells. B cells, on the other hand, produce antibodies that destroy the pathogens.

It modulates both innate and adaptive immune responses, indicating its potency in modulating the immune system. CBD has proved to be effective in treating even the most challenging autoimmune inflammatory diseases such as arthritis.

The fact that CBD modulates both innate and adaptive immune responses indicates its potency in modulating the immune system. CBD has proved to be effective in treating even the most challenging autoimmune inflammatory diseases such as arthritis. 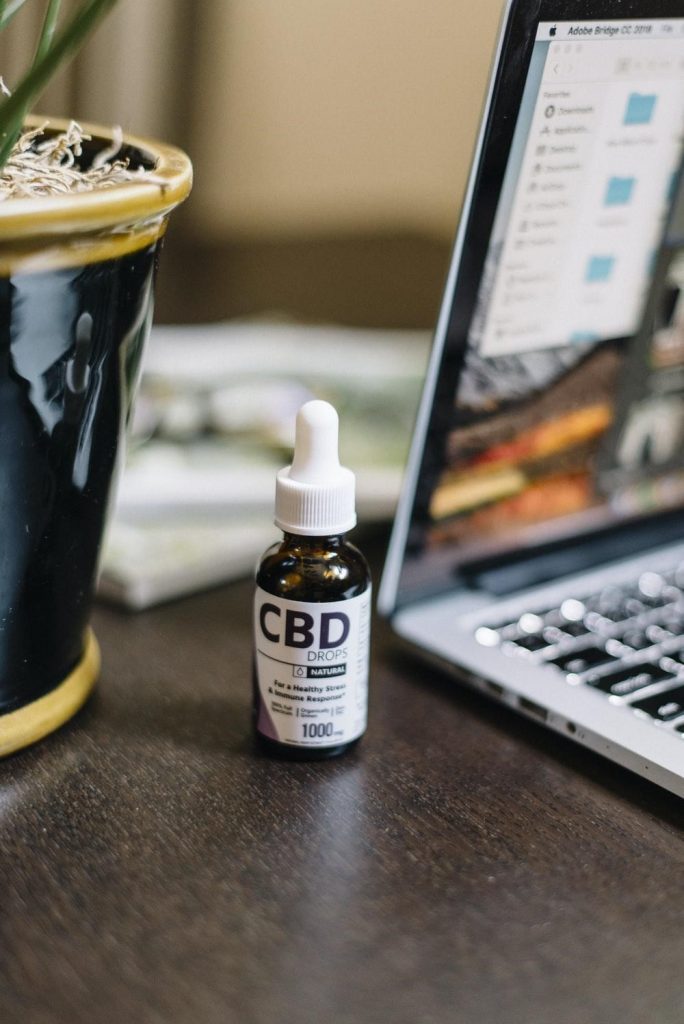 The endocannabinoid system plays a critical role in immunoregulation. While the body produces endocannabinoids, artificial administration shows suppression of the immune system.

The use of endocannabinoids in the treatment of immune-mediated injury leads to reduced inflammation and recovery. This supports the theory of CBD’s effect on immune modulation.

During injury or pathogen invasion, the body releases several cells, such as monocytic cells and macrophages. Once they have finished their function, the body should be able to clear these cells.

In chronic inflammation, the mechanism for clearing proinflammatory cells fails, leading to their accumulation in the targeted tissue. This further worsens the inflammatory process.

CBD can initiate apoptosis and rid the body of damaged inflammatory cells. It achieves this function by starting morphological changes in the cells, which trigger apoptosis.

One of the ways how CBD causes apoptosis is by catalyzing the production of caspases. This group of enzymes is not only crucial in suppressing inflammation, but it also initiates apoptosis.

Cancer cells seem to be particularly sensitive to CBD-induced apoptosis. This indicates that CBD could kill cancerous cells. Research on the potential of CBD in treating cancer is ongoing, and this could be a breakthrough in the treatment of cancer if the clinical application is achieved.

CBD is a potential treatment for many diseases, some of which are still being researched. What is known already is that this product can treat several inflammatory diseases, including chronic pain, arthritis, to name a few.

CBD is an organic compound, as it doesn’t have harmful synthetic chemicals. This makes it a safe alternative over Nonsteroidal anti-inflammatory drugs (NSAIDs), which are the conventional treatment for inflammation. 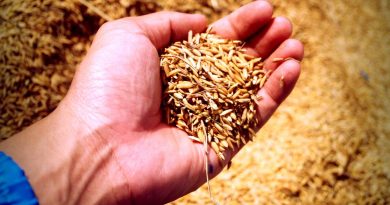 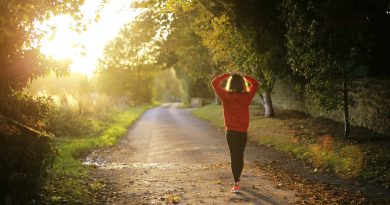 Creative ways to a healthy lifestyle 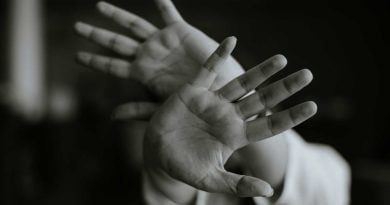