The Power of Creativity: How to Support People With Autism to Develop a Career

Last updated by Nicolas Desjardins on 30 May 2022

The Power of Creativity: How to Support People With Autism to Develop a Career

Autism has always been associated with cognitive rigidity, literal thinking, behavior, and interpretation of speech, as well as somewhat restricted interests.

This means their brain processes the information differently and heavily relies on logic, which is one of the reasons why students with autism tend to be far superior to their typical counterparts when it comes to math performance.

But, is there a way to support people with autism to develop creativity that could help them with their careers?

Contrary to popular belief, these logical skills don’t come at the expense of creativity. According to a study, there is a strong link between autism and creativity.

In a nutshell, when presented with a tool and asked to list its uses, people with autism will come up with fewer suggestions, but their ideas will be more unusual and unique than that of their neurotypical peers.

The study revealed that people with autism are divergent thinkers, which means that their problem-solving approach heavily relies on generating novel ideas – and what is creativity other than discovering new ideas, solutions, and possibilities?

Here are some tips on how people with autism can use their creative and unique mind to their advantage and find a career path that will allow them to fulfill their tremendous potential.

Given that people on the autistic spectrum excel in arts, thanks to their ability to see things from another perspective, a career in this field can be very fulfilling for them.

There are different options for people with autism who are artistically inclined, including the ones with non-verbal autism. For example, graphic design, web design, or video game design combine artistic talent and technical skills, and as such present people on the autistic spectrum with great career opportunities.

The idea of immersing themselves in a character and performing on stage or screen is another creative career that some people with autism find tremendously appealing.

As a matter of fact, some distinguished thespians, including Dan Aykroyd, Sir Anthony Hopkins, and Darryl Hannah, have been diagnosed with autism, which didn’t prevent them from building successful careers in acting. Together with acting, there are lots of poets.

Memorizing script and repeating the same (or similar) performance day after day is something that comes effortlessly to people on the autistic spectrum. If we add their attention to detail and the ability to laser focus on things that fascinate them, it’s clear that rehearsing and polishing their performance won’t be a problem for them. Also, music impacts creativity in the same way.

Although working with animals doesn’t at first seem like it requires creativity at all, the thing is that people with autism feel calm and relaxed when they’re surrounded by animals. These careers can allow them to express themselves in an authentic way, and sleep better at night, as animals are known to provide friendship and companionship, and reduce anxiety and loneliness.

Some of these jobs include dog trainer, veterinarian, pet sitter, or livestock caretaker. Exceptional problem-solving skills and analytical thinking, both of which are strong points of people with autism, can be a great addition to expertise in these professions and can do wonders when it comes to making the right diagnosis or finding a way to communicate with an animal.

If we bear in mind that people on the autistic spectrum find it easier to interact with animals than people, it’s obvious why these career paths could be exactly what they need.

Encouraging kids and people with autism to find creative outlets and allowing them to find a way to express themselves authentically will result in their ability to build a fulfilled career and excel in it. Autism is no more than a label, and it doesn’t have to prevent people on the spectrum from establishing themselves as highly-regarded and successful professionals. 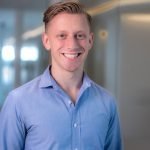 I am a freelance writer and a new father. Becoming a father for the first time is not easy, but it is so much happiness that complicated things are handled in the best way because the baby is the fruit of love and he brings great satisfaction. I enjoy writing about health, food, nutrition, and children’s health for other parents. Freelance writing has always been my passion so I combined the two and hope to be able to share my passion with others!

ar crashes are the most dangerous and fatal. Suppose you have been harmed in an accident, then a lawyer will be most helpful in building a case, investigating the proof, and ensuring that you get Read more…

What Should I Do if My Husband Loves Me, But Not Sexually?

Are you starting to ask yourself lately, “why my husband loves me but not sexually?” Maybe your partner is not affectionate anymore, or some of his behaviors show a lost attraction for you. Because you Read more…

10 Steps to Finding Accommodation as a University Student

10 Steps to Finding Accommodation as a University Student Grades and deadlines are not the only things you have to worry about as a uni student. Usually, this is the first time you have to Read more…