5 Famous People in Wheelchairs Who Will Inspire You

Every source of inspiration is such a positive omen, isn’t it? And when it’s from the most unexpected but fascinating people, we say…  why not!

Today’s blog is about those people, who made it their mission to impact society at large. However, these folks have one thing in common – they were all in wheelchairs, but managed to climb mountains!

Undeterred and fearless, they did not let their weaknesses hold them back. In fact, they took it on the challenge and conquered so much more.

Here are 5 great and famous people in wheelchairs who are sure to inspire you in more ways than one: 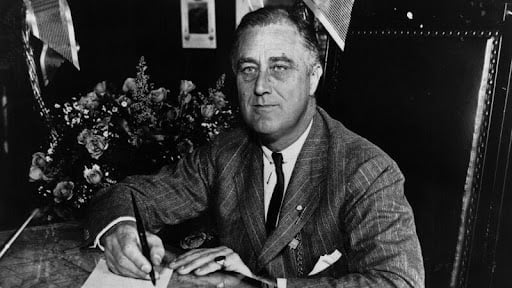 Let’s begin with one of the most influential presidents in the history of the United States!

Franklin D. Roosevelt (FDR) the 32nd president of the United States of America was much loved during his 12 year tenure. April 12, 1945,  the day of his death was a dark day in American history.

In 1921, when FDR was 39 years of age, he contracted polio while on a vacation with his family when visiting the beautiful Campobello Island in Canada. The symptoms, as you can probably imagine, were dreadful, painful and almost unbearable to young FDR.

The disease crept in slowly along with fever and facial paralysis that later turned to bladder, bowel dysfunction and major numbness.

This left FDR paralyzed permanently from waist down for the rest of his life.

There were many life threatening problems that FDR faced such as the possibility of respiratory system failure and malnutrition as a consequence of the horrific disease.

Due to this, FDR was required to use a wheelchair which he avoided in public but the disease and its effects went on to become a permanent part of his life

But did this deter him? Not in the slightest!

FDR went on to found the National Foundation for Infantile Paralysis on January 3rd, 1938. This is the organization that facilitated the development of polio vaccines which saved the lives of many in the longer run.

It is absolutely amazing and inspiring how FDR converted his lifelong disability to one that saved millions of lives all over the world.

Now that’s what we call inspiration! 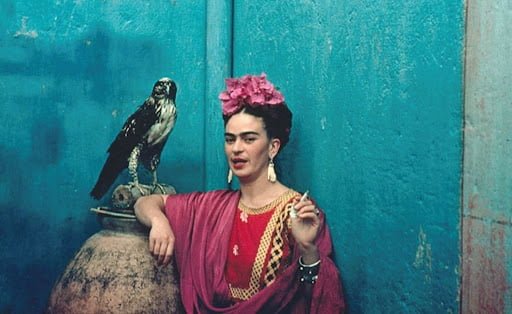 This is a story of an amazing painter who turned her disability into art.

Frida Kahlo was a Mexican painter who was another victim of polio. She contracted the disease at the tender age of 6.  As a result, her right leg was permanently shorter than her left. This gave her a prominent limp.

Can you imagine being physically-challenged at an age where children are the most active? The confusion that she must have faced is something that we will never truly understand, but she only turned the tides in her favour!

Frida was subject to bullying by the children in the neighbourhood for a very long period of time. This left her in isolation with her father who was a photographer.

As a loving parent and a beacon of unconditional love, her father played a significant role by changing his daughter’s attitude towards her disability and giving her a new lease on life.

He spent a significant amount of his time introducing Frida to the craft of photography.

Frida soon began developing an interest in art and went on to be one of the first students granted admission to the most elite preparatory school in the nation, where she had planned to pursue medicine.

Frida created multiple beautiful portraits of herself (55 out of 143 paintings, to be exact) which are now studied and recognized at multiple art institutions around the world.

Frida’s resilience and accommodation of her illness as a part of her identity went on to make her a reputed painter, admired for her work.

Did you know that the original Superman was confined to a wheelchair in his later years?

Christopher D’Olier Reeve was an American actor much recognized for his brilliant performance as the main character in the 1978 film Superman and its following 3 sequels.

He discovered his passion for acting at the tender age of 9 and went on to study the art and make his debut at Broadway in 1976. After the appreciation for his acclaimed performances in the Superman series, Reeve went on to work with smaller films and plays that required more complex characters.

His performances were brilliant, everyone loved his work and he was going onto greater opportunities in his life, when tragedy struck.

On the fateful day of May 27, 1995, Reeve shattered his first and second vertebrae in a horrific horse-riding accident that left him completely paralyzed from shoulders down.

As a result, he was confined to a ventilator and a wheelchair for the rest of his life.

A superhero to a crippled human. Overnight, his life turned upside down. But the superman that he was, he took the disability in stride!

How? Well, he resumed working!

Reeve returned to work with creators while in his wheelchair and wrote 2 autobiographies during that time which are Nothing is Impossible and Still Me. He was also a recipient of numerous esteemed awards such as a Grammy award, an Emmy award, a Screen Actors Guild Award and a BAFTA award!

In the sky and on the ground, he proved to be an inspiration to many.

Now this one you know!

Stephen Hawking is one of the most recognized people in the history of those who use a wheelchair. One of the greatest scientists in Cosmology and a ground-breaking inspiration to many.

Stephen Hawking was an English author, cosmologist and theoretical physicist who was diagnosed with ALS at the age of 21.

A dreaded neurodegenerative disease that attacked the motor neurons in young Stephen’s brain and spinal cord, leaving him paralyzed for the rest of his life.

After his diagnosis, doctors gave him a life expectancy of only 2 years – which as you can guess, he went on to exceed by a significant extent.

One of the worst effects of the disease was the loss of ability to communicate.

Imagine what would have happened if a man with such brilliant theories and scientific contributions could not have been able to express himself to the community?

Stephen Hawking decided he was more than what he could not do. He went on to communicate via a speech-generating device initially used through a handheld switch. The device was eventually enhanced to allow communication by using a single muscle in his cheek.

Stephen Hawking made significant and absolutely brilliant contributions to the field of science with his extensive work on general relativity and the conception of Hawking radiation – a concept that states that black holes emit radiation.

The latter was a discovery that was accepted all over the world as a significant breakthrough in the realm of theoretical physics.

Remember the incredible image of a black hole that shook the world in April 2019?

He also penned a book named A Brief History of Time which went on to appear on the bestseller list of the Sunday Times for a record-breaking duration of 237 weeks!

Consider including the book in your summer reading list, if you have not already. You might just end up appreciating what this man was capable of. 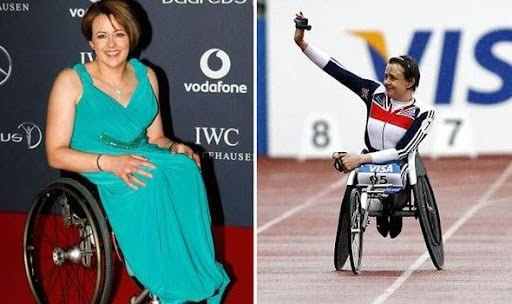 If you think celebrities in wheelchairs are limited to Films, Science and Art, we are here to prove you wrong!

Tanni Grey-Thompson (born on 26th July 1969) is a Welsh television presenter and politician, as well as a former wheelchair racer.

Her international career in wheelchair racing began in the year 1988 in Seoul, where she won a bronze medal for competing in the 400 m race. She also competed in numerous wheelchair basketball competitions.

In her fifth and last Paralympic Games (conducted in Athens), she won 2 gold medals in wheelchair racing for the races of 100 and 400 metres.

And in her entire paralympic career, she won a total of 16 medals and 13 World championship medals!

Talk about making a name for yourself in an industry that requires excellent mobility. Tanni Grey-Thomspon continues to be an absolute inspiration in a wheelchair.

While these are only 5 of the many different people who have made a name for themselves whilst being in a wheelchair, we hope you take this as inspiration that nothing can stop you from achieving what you want!

Remember this – every limiting factor or obstacle you face, is only in your mind. 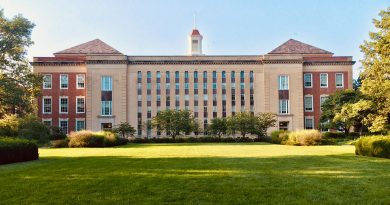 Tips For Transitioning from High School to College 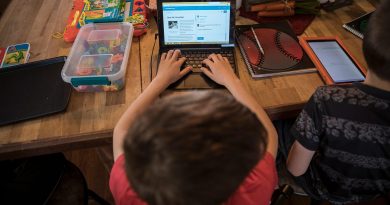 Advantages of Wearing Best Safety Shoes As a worker who spends most of his time on feet, having the perfect