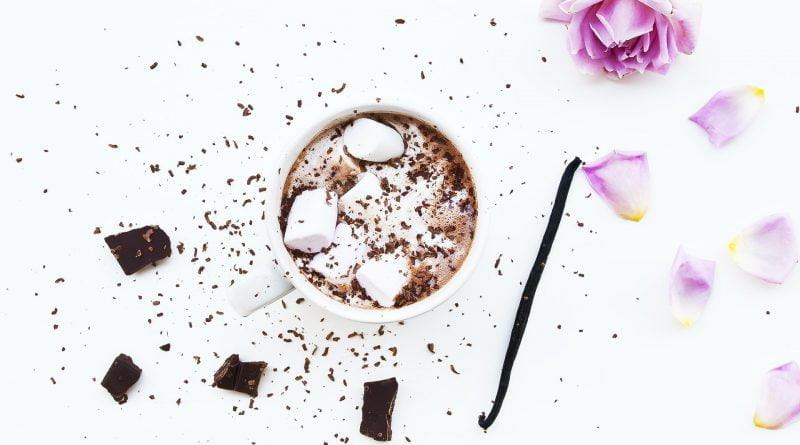 Vanilla. One of the most delectable and popular flavors in some treats that we eat or drink and one of the staple ingredients in a pantry, most especially in ice creams, pastries, and it is also an additive for improving the flavor of your favorite drinks. Besides the purposes of ingestion, it can also be an ingredient in our daily necessities such as lotions and perfumes. It has a very sweet and creamy scent that could make people hungry or crave the scent.

But have you ever wondered about where does vanilla flavoring come from and what are other ingredients comprise a global favorite? There are some speculations going around the internet that hint that vanilla flavoring may not just come from plants alone but also animals as well? By mean “from animals”, does that mean that do people have to harm animals in order to extract vanilla from them? What kind of animal? Which part of an animal is actually a possible source of the sweet and creamy scent of vanilla?

In this article, you will know the background behind the most popular flavor in treats and I can guarantee you that you will be shocked.

Sources of the Vanilla Flavoring

Fun Fact: The country of Indonesia is one of the biggest producers of vanilla flavoring in the world with a whopping amount of 6,000 metric tons each year. Also followed by the countries of Mexico, China, and Tahiti.

If you notice some vanilla products that are sold at supermarkets or grocery stores, take the brand McCormick for example, they label their vanilla flavorings as “pure vanilla extract” but in reality, there are other ingredients that actually comprise the vanilla flavoring product which is also vanilla from other sources besides vanilla orchids.

Biotechnology is applied to manufacturing extensive amounts of vanilla since the natural process of producing natural vanilla, the one previously mentioned before takes a long time and is laborious but with the help of micro-organisms speeding up the process, creating vanilla flavorings has never been so easier.

Vanillin has been synthesized in laboratories since the 1920s and in the 1970s, microorganisms are then manipulated into producing vanillin based on lignin, which is a by-product from the paper industry. Another substance is called ferulic acid from natural sources, which is converted to vanillin with the help of microorganisms.

So, for the most awaited segment of this article, yes, vanilla flavoring or extract can also originate from a beaver’s butt goo. No wonder this discovery got famous in TikTok. I know, there are a lot of possible sources for vanilla such as other plants or flowers but none of them comes close to another source of the divine flavoring or extract which is a beaver’s butt.

A beaver’s butt can secrete a substance or goo called castoreum, a substance that animals use as a territorial mark, and to ease your skepticisms and doubts about an animals’ substance in your ice creams or cakes, yes, the U.S. Food and Drug Administration has already listed castoreum or beaver butt goo as a safe ingredient.

What we do not know is that castoreum is already included as an ingredient in foods, perfumes, and lotions for at least 80 years, based on a 2007 study by the International Journal of Toxicology. So you do not have to worry about any complications or illnesses since the Food and Drug Administration has already announced that it is safe. Keep calm, continue eating your ice cream.

An ecologist named Joanne Crawford has also mentioned that a beaver’s butt actually smells sweet. Talk about uncanny, but hey, how are we able to get shocked even more when we actually ingest a beaver’s butt goo and lather it on our skin?

The texture of castoreum is almost similar to that of molasses however it is not as thick because the beaver’s goo is slimier inconsistency. Castoreum is also brown in color.

The reason why castoreum smells fragrant unlike other animals’ secretions, is because a beaver’s diet only consists of leaves and bark, while the other animals have a variety of food they ingest in their diet which causes different types of bacteria to form a chemical reaction inside the animal’s stomach, thus emitting a foul stench. The substance smells musky and sweet like vanilla which is why scientists approved of castoreum to include it as an ingredient in food or other products to enhance their flavor, essence, and scent.

Although beavers are indeed a major component of vanilla flavoring or extract, it is actually difficult to extract the needed goo from the animal’s nether regions since it is needed to anesthetize beavers before milking out their goo. Due to how hard the extraction process of castoreum from beavers, only 292 pounds or 132 kilograms of castoreum are only harvested annually according to Fenaroli’s Handbook of Flavor Ingredients.

Now, how’s your appetite for vanilla ice cream? Still has not changed? Delicious!

There is no notoriety in vanilla when it comes to sickness since it is mostly safe to use and ingest, however, some people might actually get allergic reactions to it if it is ingested or came in contact with the skin. Irritations or swelling could occur. If it is ingested in heavy doses, vanilla flavorings could cause headaches and insomnia. Even if a person did not really ingest it in the first place, long exposure can guarantee them the said side effects although this mostly happens to people who work in the manufacturing industry of vanilla flavoring.

Other Uses of Vanilla Flavoring

Vanilla can also be used in conditions such as intestinal gas, treatment for fever, tooth decay, and to increase sexual desire. Vanilla is also used as a great substitute for sugar since it has lesser sugar value. If you are looking for a substitute in your sugar, probably in your morning coffee, try adding vanilla instead. It will not just be too sweet and increase your blood sugar level but it will also give your morning a coffee that vanilla aroma, musky, and creamy scent.

There you have it, folks! One of the world’s most favorite flavors and scents has one of the most uncanny yet interesting backgrounds and origins. It may have been unusual and could have changed our perspective on vanilla, however, it is the science and the process of discovering something is that makes the whole ordeal about vanilla very appealing. Who would have thought that an animal’s secretions will turn into something that the whole world would love, eat, drink, and use on a daily basis? Who would have thought that bacteria and fungi can actually be manipulated and turn it into something new and could fool a lot of people but hey, vanilla is still vanilla when you can smell its signature scent no matter what kind of ingredients actually compose it.

It is very entertaining to see what science can do and is capable of doing more, discovering more. Science, as intimidating it may sound to most of us, has helped us and brought a greater deal of convenience in our lives since the beginning of time and it continues to do so as time progress. With newer discoveries left and right, the world would be a step closer to probably answering some questions in the universe that are left unanswered.

Some of you might think that the discovery of vanilla may not be as notable as what science had already unearthed but we should know that without vanilla, there would be no base or foundation for all flavors of ice cream, cakes, drinks, and many more. Some products that we use today would not have existed if it were not for vanilla because the whole world is missing its signature scent.

Discoveries open up brand new doors for other opportunities for discovery and it is a never-ending cycle. Despite how basic you might think the vanilla flavor is, think again. The vanilla flavor walked so that the other flavors could run.

Once again, people, vanilla is not basic!

Some Fun Trivias About Vanilla

Top 6 Cooking Items You Should Have in Your Kitchen 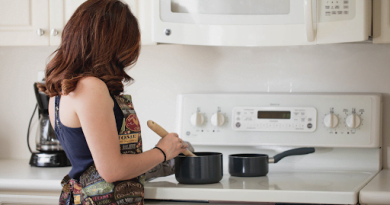 Cooking With CBD: Tips for Beginners 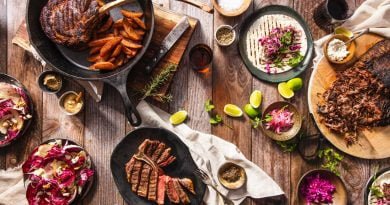