The Hottest Celebrities With HIV

HIV, which stands for Human Immune Deficiency Virus, is a kind of disease that weakens the immune system of humans by destroying a type of white blood cell known as CD4 cells.

There is currently no cure for this sexually transmitted disease; however, it can be managed by a kind of treatment known as antiretroviral therapy.

This antiretroviral therapy can allow a patient with HIV to live for as many years as a person without HIV. In other words, people with HIV can still live healthy lives. Despite this knowledge, people living with HIV are still stigmatized.

Millions of people are living with HIV, yet a good percentage of them aren’t aware of their status. Anyone could contract HIV irrespective of their societal or financial status. For this reason, many celebrities who are HIV positive have come open to the public about their health status to encourage people to get tested.

Seeing these celebrities living with HIV proves that the disease is truly a no-respecter of people. Here is a list of the most famous celebrities who have taken the bold step to reveal their HIV status and help fight against stigmatization.

Earvin Johnson, popularly known as Magic Johnson, was one of the first hottest men celebrities to open up to the public about his HIV-positive status. Magic Johnson is a former basketball player and hero on so many levels.

In 1991, the world was shocked to learn about his resignation from the Lakers. Magic Johnson’s revelation of his HIV-positive status is particularly notable because it came at a time in history when there was a lot of stigmatization and misconceptions about HIV.

He assured the world that he was going to keep living, and he did just that. Magic Johnson is now a successful sports commentator and leader of an educational organization to help prevent the spread of HIV. 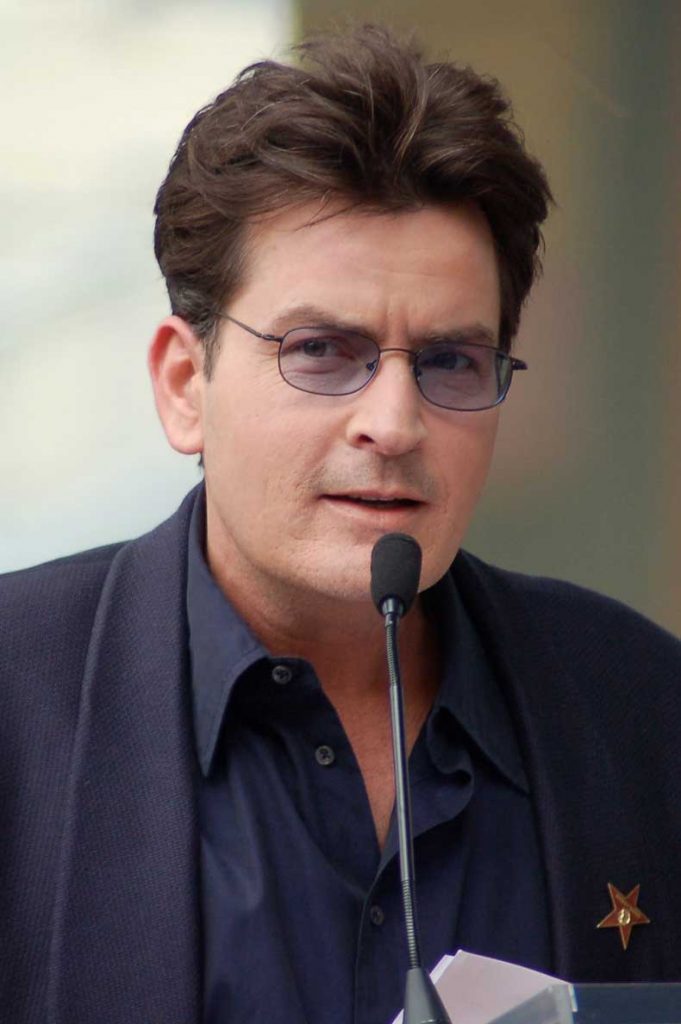 Charlie Sheen was a very successful TV star, earning close to two million dollars per episode of Two and a Half Men. He was, in fact, the TV actor with the highest pay.

When Sheen learned about his HIV-positive status in 2011, it was kept a secret from the public till 2015, when he eventually came open to Today to end the pressure that came with having to bribe people with millions to keep shut about it.

After Sheen revealed to the world that he was HIV positive, there was a sudden uprise in demand for HIV home test kits and google searches on HIV. The response turned out to be so huge that it was given a new term, ‘The Sheen Effect,’ which describes massive-information seeking due to a statement made by a celebrity.

Charlie Sheen’s health didn’t let him shy away from responsibilities. Instead, he continued to better himself and help a lot of other people. He’s still one of the sexiest actors on TV. 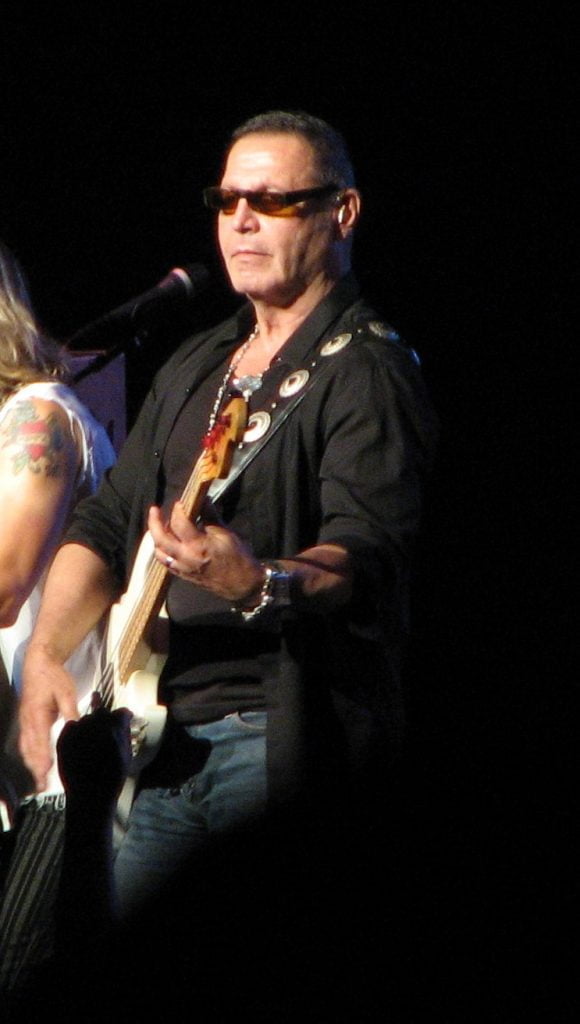 Trance88 at the English Wikipedia / GFDL

Chuck Panozzo is a 71-year-old rock musician and the founding member of the ’70s to ’80s band called Styx.

In 1991, Panozzo found out he was HIV positive, but went untreated till 1998 when he began to break down frequently from bouts of HIV-related diseases.

Chuck kept it hidden from the world because there was a lot of stigma around HIV patients in the ’80s and ’90s. Not only was he HIV positive, but he was also gay. This made it a bit more difficult for him to come open.

To teach the world the importance of taking action against HIV and AIDS, he made his announcement about being gay and HIV positive in 2001. Presently, Panozzo is actively involved in gay rights and HIV issues. 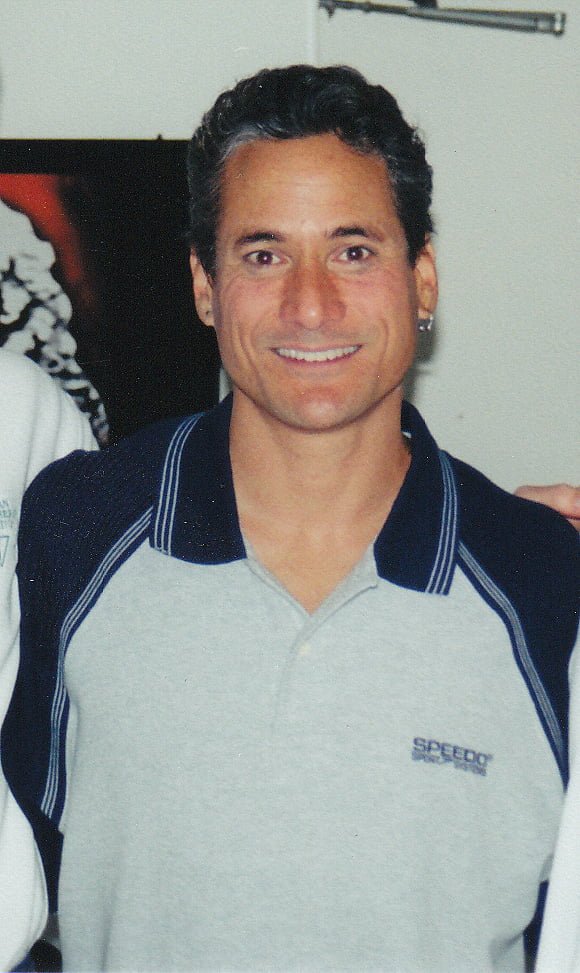 Greg Louganis was an Olympic diver and was once referred to as the greatest diver in history by Rolling Stone. He learned he was HIV positive about six months prior to the 1988 Olympic games.

Louganis went into isolation for years and finally came open about his HIV status in 1994. He told ESPN that after discovering he was HIV positive, he was certain about his early death. At the age of 33, he celebrated what he called his last birthday because he began to feel sick from the virus.

In 1995, he openly acknowledged to ABC television that his lifestyle had a major role to play in how he contracted the virus. Now over 59 years, Greg Louganis is alive and married to Jonny Chaillot.

He is now in partnership with the Human Rights Campaign, helping to improve LGBT rights and enhance the welfare of people living with HIV all over the world.

Danny Pinatauro is a former child star known for his role in the ’80s TV sitcom ‘Who’s The Boss?’ and the movie Cujo. Another greatest and sexiest actor on television.

In 2015, Pinatauro came open about his HIV status on an Oprah Winfrey show. He was diagnosed with the disease in 2003 after a routine checkup but kept it hidden for 12 years to avoid stigmatization.

He was comfortable revealing it in 2015 because the stigma had died down a bit, and HIV wasn’t much talked about anymore.

When Danny Pinatauro came open about his HIV-positive status, he admitted that he was scared of living with HIV initially, but later accepted his diagnosis and moved on with his life.

One of the consequences of the disease he most dreaded was not being able to enjoy a good relationship as he believed no one would ever want him. However, Wil Tabares proved Pinatauro wrong by marrying him even after he revealed his HIV status to him on their first date.

Their marriage came as an inspiration to many who felt being diagnosed with HIV would remove their chances of finding a good partner. Presently, Pintauro urges others to be open about their medical condition.

3 Tips For Staying Safe While Participating In New Outdoor Adventures

If you’re someone who loves to be outside and have new adventures, it’s vital that you also know how to properly take care of yourself and keep yourself safe when you’re in these new and Read more…