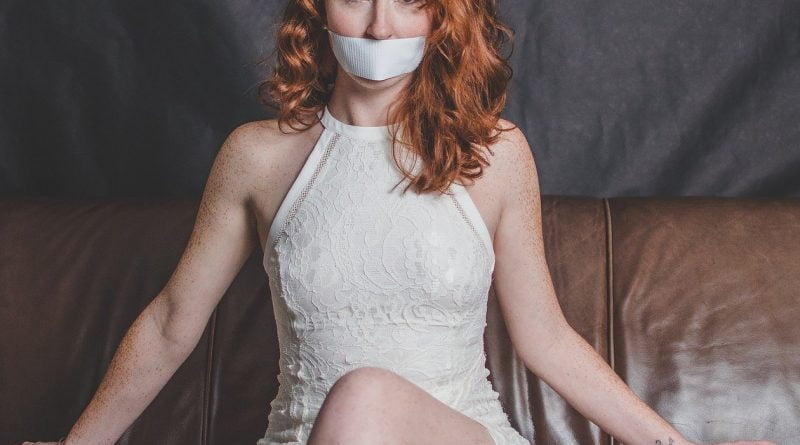 Hollywood offers the world much glamour and beauty. It truly brings out wonderful, stunning, and gorgeous celebrities known all over the world. We can only get struck jaws open with actors and actresses that set beauty trends and amazing talent.

But in such a place where wonderful looks reign supreme, red-haired actresses stand out no matter what their age may be. According to advanced statistical research, people who have natural red hair are so rare. They have a genetic mutation that only two percent of the world population have! In this article, we will list down the hottest and prettiest red-haired actresses. Prepare your eyes for so much dazzling beauty and glamour! Most of them have been voted the sexiest and hottest women in the United States of America!

Born in 1981, Bryce’s fondness for show business runs in her blood. She is the niece of actor and comedian Clint Howard and a granddaughter of Rance Howard and Jean Speegle Howard, two reputable Hollywood celebrities in the ‘60s and the ‘70s. Bryce has grown to become a well-liked movie star over the years. We have loved her as Victoria in The Twilight Saga (2008 to 2012), Claire Dearing in Jurassic World (2015), Lacie Pound in Black Mirror (2016), and Bella in A Dog’s Way Home (2019).

Her education at New York University’s Tisch School of the Arts served her well in the film industry. She is now one of the directors of The Mandalorian, an acclaimed and beloved Star Wars live-action series on Disney Plus.

Many Hollywood actresses are considered stunning, but only a few stand out to be hailed as goddesses. Christina Hendricks is one of them. Although she is already 45 years old, she remains to be gorgeous with her orange-red hair and wondrous physique. She also leaves men agape with her voluptuous body.

As one of the hottest and most talented actresses in the industry, she garnered many awards and accolades in her career. This includes two Screen Actors Guild Awards and Critics’ Choice Awards for Best Supporting Actress in a Drama Series. She was also nominated for the Primetime Emmy Award for Outstanding Supporting Actress in a Drama Series six times.

We all admire her looks and allure. With her red hair, blue eyes, and striking looks, Amy Adams is one of the most-loved actresses in the world. Aged 46 years old, she looks ever youthful with her wonderful grace and appeal. Amy Adams was born in Italy and raised in Colorado, where she grew up as a ballerina and a theater actress. From there, she rose to become one of the most successful celebrities. She is also known for her fantastic acting skills, playing roles in comedic and dramatic films.

Amy Adams was launched into major stardom by her breakthrough films Catch Me If You Can (2002), Junebug (2005), and Enchanted (2007), where she showed her gift in singing, acting, and performing. She also played the roles of Sister James in Doubt (2008), Sydney Prosser in Doubt American Hustle (2013), and Louise Banks in Arrival (2016). Mastering and excelling in her craft, Amy was listed in Time’s 100 Most Influential People in the World in 2014 and Forbes’ Celebrity 100. She also won two Golden Globe Awards for Best Actress for American Hustle (2014) and Big Eyes (2015). Amy was also nominated for six Academy Awards and seven British Academy Film Awards.

One of the sweetest-looking actresses in Hollywood, Karen Gillan is a beautiful sight in the Hollywood movie landscape. This beautiful redhead is prominent in Jumanji: Welcome to the Jungle (2017) and its sequel Jumanji: The Next Level (2019). She is also famous for playing the role of Nebula in Marvel’s Guardians of the Galaxy (2014 and 2017) and Avengers: Endgame (2019). Viewers of Doctor Who also enjoy her acting for years now.

As an actress, she received a National Television Award for Outstanding Drama Performance in 2012 because of her stint in Doctor Who, and she won the Empire Award for Best Female Newcomer in 2015 for her performance in the Guardians of the Galaxy. Fans are excited about her love life because this cute and sexy actress is still single at the moment! They also wait for Karen’s roles in the upcoming Marvel installments.

In a place where many actresses have sharp and intense looks, Kate Mara offers a serene and amiable face admired by her fans around the world. Her family, which dominates the National Football League, traces its roots to Irish immigrants, which explains her redhead genes. Married to English actor and dancer Jamie Bell, Kate is known for her performances in Shooter (2007), The Martian (2015), Fantastic Four (2015), and the House of Cards (2013-2018). She won the Women in Film Crystal Awards Face of the Future and the CinemaCon Ensemble Award with her fellow Fantastic Four casts in 2015. She was also nominated in the Primetime Emmy Outstanding Guest Actress in a Drama Series for playing Zoe Barnes in House of Cards and the Georgia Film Critics Association, Best Supporting Actress Award for Happy Thank You More Please in 2010.

Kate Mara is also well known for being a vegan and an animal rights advocate. One of the representatives of the Humane Society of the United States, she points at veganism for her slender body and good health.

At her age of 46, Alyson Hannigan retains her cute appeal and merry attitude that her viewers enjoy and admire. Alyson’s red hair complements her funny roles in the long-running series shows and franchises that made her a household name in America. She was made famous by American Pie (1999), American Pie 2 (2001), American Wedding (2003), and American Reunion (2012). Alyson was also prominent with How I Met Your Mother (2005 to 2014) and the live-action version of Disney’s Kim Possible.

If you were to guess this attractive redhead’s real age, chances are you will get it wrong. Even though she is already 44, she seems to be in her youth with her red beautiful hair and attractive looks. Her father, a banker for the United Nations, raised her in Scotland, their homeland, and relocated to Australia. Isla fulfilled her passion for acting and writing in the Land Down Under at such an early age. After becoming famous in Australian commercials and television series, she entered Hollywood and captivated millions of viewers with her charming, natural beauty. At the peak of her career, she was even listed among the 100 Sexiest Women in the World by the FHM Magazine. She is happily married to English actor, writer, and producer Sacha Baron Cohen with three children who inherited their stunning looks.

Isla Fisher dazzles her audiences in the live-action Scooby-doo The Movie (2002), Wedding Crashers (2005), Definitely, Maybe (2008), Confessions of a Shopaholic (2009), Now You See Me and its sequel (2013 and 2016), The Great Gatsby (2013), and Keeping Up With the Joneses (2016). Isla’s accolades prove her acting prowess with her multiple awards and nominations in her career. She truly has beauty and brains: Isla is also an author of multiple children’s books and young adult novels, including the Marge series, Seduced by Fame, and Bewitched.

Sophie is one of the hottest celebrities in Hollywood at present, both as a woman and an actress. This redhead is incredibly famous for her phenomenal portrayal of Sansa Stark in Game of Thrones from 2011 to 2019. She also made a mark in X-Men: Apocalypse (2016), X-Men: Dark Phoenix (2019), Time Freak (2018), Chasing Happiness (2019), and Survive (2020). Indeed, she can carry out intense action sweets, mellow romance, and snappy dialogue, all with her grace and craft. In 2016, she won Best Global Actress (Huading Awards), Best UK TV Actress (Glamour Awards), International Movie Award (Venice International Film Festival), and Best Supporting Actress, Drama (EWwy Award). Sophie also has many nominations throughout her career as well.

At the young age of 24, Sophie Turner is married to American singer Joe Jonas who is a crush of millions around the world. To add to the excitement of their fans, she already gave birth to their first child. Their daughter definitely got their wonderful and attractive looks! She’s one of the most beautiful and sexiest women of all time!

Although we see her most of the time with blonde hair, Nicole Kidman is naturally a red-haired beauty! Her Irish and Scottish heritage gives her the redhead genes. Not only that: Nicole’s father, Antony Kidman is a remarkable writer, biochemist, and psychologist, while her mother Janelle Ann is a nursing instructor and an activist.

Finding the right adjectives to describe Nicole’s captivating physique is difficult. Even at her age of 53, she is a stunning goddess in the Hollywood film industry. With her blue eyes and the natural red curly hair she flaunts depending on her roles, she continues to charm and attracts people in different parts of the world.

Her intelligence, beauty and assertiveness help her as Goodwill Ambassador for the United Nations International Children’s Emergency Fund (UNICEF) and the United Nations Development Fund for Women (UNIDEF). For this, she was listed among Time’s 100 Most Influential People in the World in 2004 and 2018.

Everyone, make way for the redhead queen! Emily Jean “Emma” Stone needs no introduction. After all, she is one of the most stunning and highest-paid actresses in Hollywood! Her strikingly red hair, pure white skin, and unique green eyes set her apart as an angelic beauty in the movie industry. Emma Stone is also known for her husky voice, great charisma, and bubbly personality. What an amazing woman, indeed!

She is hailed as one of the most talented young actresses in the industry now. Aged 31 years old, Emma Stone’s roster of accolades includes Best Actress Award for La La Land (Academy Awards), Best Actresses in a Leading Role Award (British Academy of Film and Television Arts), Best Actress in a Motion Picture—Musical or Comedy Award (Golden Globe Awards), and several Outstanding Performances Awards (from the Screen Actors Guild Awards). Other than these prestigious winnings, Emma has 63 nominations from many award-giving bodies. Because of her excellence, fame, and prestige, she was listed among Forbes’ Celebrity 100 (in 2013) and Time Magazine’s 100 Most Influential People in the World (in 2017).

We enjoyed Emma Stone’s acting career since she started in 2004. She performed the role of Olive in Easy A (2010), Sam in Birdman (2014), Mia in La La Land (2016), and Wichita in Zombieland: Double Tap (2019). In the realm of animated movies, she was also loved by her fans worldwide in The Amazing Spider-Man and its sequel two years later. Emma was also in The Croods (2013), a fun cartoon movie about cave people millennia ago.

Emma Watson is now happily married to Dave McCary, an American comedian and director, in a secret ceremony. Her supporters around the world eagerly await Emma’s projects and soon-to-be children. 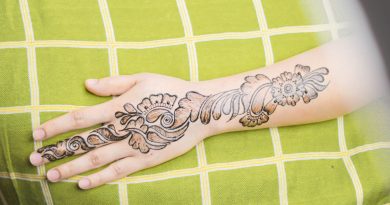 Amazing Benefits Of Henna For The Hair

Buy dresses in pairs to save your time and money

5 Health and Beauty Routines that Don’t Harm Your Health