Growing a good beard doesn’t require an expert designer; it is something that can be achieved by grooming patiently. It’s always splendid to see men who develop, trim, and style their facial hair.

Beard styles are not just a means of showing masculinity. A beard always has a way of making men look hotter than they already are. There is a reasonable amount of superstars who show up in events with extraordinary and selective facial hairstyles. Also, above all, they look hot with these astounding facial hair.

Although the term ‘hot’ is somewhat relative, there are few celebrities who are considered generally sexy with beards. Here’s a list of the hottest stars who wear beards sexy to the eye of every beholder.

While encouraging men to grow beards, Nick Offerman balances out his mustache with a full-grown beard, looking very attractive to most people.

Ranked as one of the 25 most significant male models of all time, Jaime Dorman says he hates shaving because a clean shave makes him look boyish, so he keeps a full beard. He’s right to do so because he looks damn hot with it.

The actor Chris Evans is popularly known for his role as Captain America in the Marvel Movie industry. He wears a beard so spectacular, and it’s worthy of a star.

The famous Star Trek actor shows us that a couple of grey streaks can’t stop him from keeping a great beard.

Fanous all over the world for his hit music, it’s hard to imagine superstar, Drake without his beard. Drake and his beard are inseparable.

John Krasinski is an award-winning actor and filmmaker who loves his beard and has taken his time throughout his career to grow a full nice looking one.

From drug seller to one of the world’s best selling rappers, Curtis James Jackson, popularly known as 50 cents, has become a massive success in the industry. Talking about beards, he keeps a modern and tailored beard.

The man behind the titular character of the seven-part movie, Harry Potter, Daniel Radcliffe, is quite famous. Although his beard is a far cry from the best, we prefer it over his clean-shaven days as harry potter.

The cool and collected actor known for his role as Flash Thompson in Sam Raimi’s Spider-Man wears his beard with the confidence of a man.

Justin Theroux is a well-known actor with a neat and full beard. Justin shows us how amazing his beard can look on and off the red carpet.

As a gentleman, Tom never fails to observe a perfect prepping routine for any event. You would know by the way his beards look flawlessly neat and trimmed in every public appearance.

Daniel Glover is an American actor. He’s also a musician and DJ who goes by the stage names Childish Gambino and mcDJ, for both respectively. Glover’s beard looks excellent when he is on and off the screen.

Prince Harry, a member of the British royal family, wears a well-kept and neat looking beard the exact color of his hair. It is pretty attractive.

One of the Greatest NBA basketballers of all time, LeBron has a neatly trimmed beard which he knows how to maintain whether he is on or off the court.

Kevin Hart is a famous stand-up comedian and actor whose movies and jokes are widely accepted around the world. Kevin’s take on the short boxed beard gives the style a modern update.

The “Thor” superstar isn’t just famous for his excellent acting skills, but also his good looks and his beard. He sure knows how to rock that facial hair and leave mouths wide open. He gives an impression of a “modern Australian man.”

Sweden born hottie Alexander Skarsgard knows how to steal the show effortlessly and melt the heart of his fans. He always looks good with his beard and still shoots bullets in his forties.

Classy and simple, I don’t think we can imagine him without his beard! I mean, who wouldn’t want a flawless face like Idris Elba’s? A mix of grey with his thick and full ebony beard gives him the best look he can put on.

David Beckham stands out with his perfectly proportioned and smooth beard, making fans wonder and try to duplicate his style. With a beard like Beckham’s, I don’t think we’ll be focusing on football for a while.

This American actor knows how to look good when he’s bare-faced and even more with a beard. He compliments it with his piercing blue eyes.

Hugh Jackman never disappoints us when it comes to rocking his lush beard. He made the Wolverine in the X-men franchise look good with those beards.

Ryan Reynolds, known for his acting days as a kid on the Nickelodeon channel, surprised his fans when he emerged with his good-looking beard. With his excellent acting skills, we can’t help but love him even more.

Zayn Malik, the hottest member of his former band One Direction, takes the spotlight with his good looks and well-styled beard, which makes him a hot stud.

Everyone loves and wants to be like Brad Pitt. He is as hot as boiling water, and he makes the ladies scream with his perfect face and beard. Despite his age, he still looks stunning.

Our favorite lover boy Michael Ealy is always so adorable with his beard and deep blue eyes. He’s a clear example of a “ladies man.” 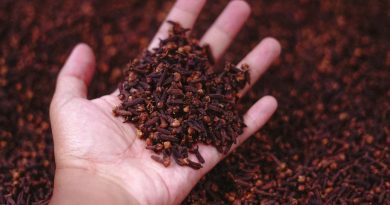 Great Benefits Of Clove For The Hair 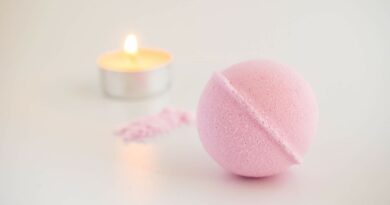 How to make bath bombs at home?